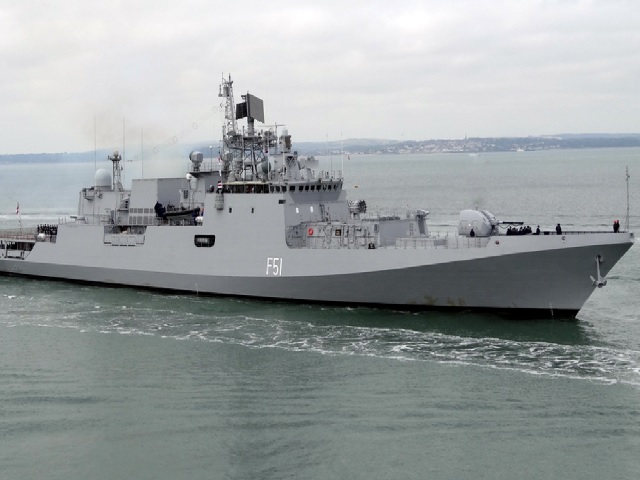 In a first, the Indian Navy participated in a joint naval exercise with the European Union Naval Force (EUNAVFOR) in the Gulf of Eden. A total of five warships from four navies participated in the exercise on June 18 and 19, 2021.

Indian Naval ship Stealth frigate INS Trikand participated in the two-day exercise as it was already deployed in the region on an anti-piracy operation.

According to the statement by the Indian Navy, the other warships in the naval exercise included Spanish Navy Ship ESPS Navarra, Italian Navy Ship ITS Carabinere, and two French Navy Ships FS Surcouf and FS Tonnerre.

#INS #Trikand participating in the maiden #IndianNavy - #EuropeanUnionNavalForce Joint Naval Exercise in the Gulf of Aden commencing today. This engagement showcases increased levels of synergy, coordination and inter-operability between #IN & #EUNAVFOR.https://t.co/kmVlb9qDbU pic.twitter.com/n55hPGwT7x

Ships of four powerful navies endeavoured to enhance their warfighting skills and their ability as an integrated force to promote security, peace and stability in the maritime domain.

• The Indian Navy and the European Union Naval Force (EUNAFVOR) have converged on multiple issues which include counter-piracy operations and the protection of the vessels deployed under the Charter of World Food Programme (UN WFP).

• Both the naval forces also have regular interaction through SHADE (Shared Awareness and De-Confliction) meetings held annually in Bahrain.

• This form of engagement showcases an increased level of coordination, synergy and inter-operability between EUNAFVOR and the Indian Navy.

• It also underscores shared values as partner navies, ensuring freedom of seas, as well as a commitment to an inclusive, open and rules-based international order.

Concurrently, Information Sharing Exercise in a virtual mode was also held between the Indian Navy Information Fusion Center- Indian Ocean Region and Maritime Security Center in the Horn of Africa on June 18, 2021.