The researchers confirmed that the newly found farthest gamma-ray emitting NLS1 galaxy was formed when the Universe was only about 4.7 billion years old. 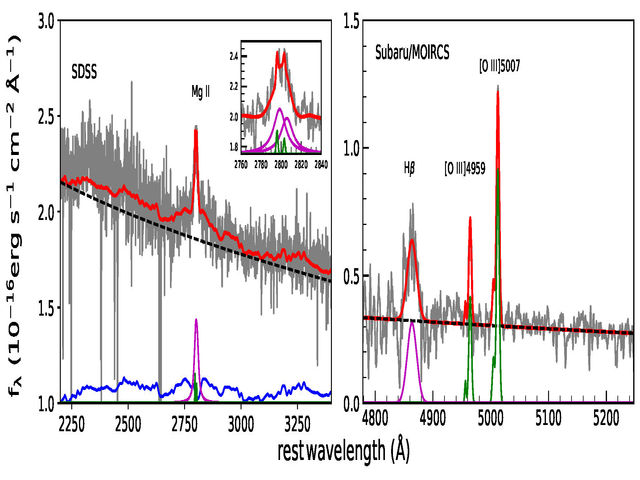 Scientists from the Aryabhatta Research Institute of observational sciencES (ARIES), Nainital, an autonomous institute of the Department of Science & Technology (DST), Government of India, along with researchers from other institutions, have found the farthest gamma-ray emitting Narrow-Line Seyfert 1 (NSL1) galaxy known till date.

The researchers from ARIES in collaboration with researchers have been studying around 25,000 Active Galactic Nuclei (AGN) from the Sloan Digital Sky Survey (SDSS) and were able to devise a new method to find high-z NLS1 galaxies till now unknown by comparing different emission lines in their spectra. In the process, they found a high-z gamma-ray emitting NLS1 galaxy.

One of the largest ground-based telescopes in the world, the 8.2 m Subaru Telescope located in Hawaii, US was used to confirm the findings. Upon observation, researchers confirmed that they have found a genuine NLS1 galaxy at a high redshift of 1.34, which is about 31 billion light-years away from us.

The research will be published as a letter in the scientific journal Monthly Notices of the Royal Astronomical Society.

What are Active Galactic Nuclei (AGN)?

Compared to normal galaxies, these active galaxies can emit up to thousands of times of energy. The emissions of active galaxies are non-stellar (non-thermal) that are observed in the form of microwave, radio, infrared, optical, X-ray, ultra-violet, and gamma-ray wavebands.

The Narrow-Line Seyfert 1 (NSL1) galaxies are classified as AGN. The type 1 Seyfert galaxies have narrow emission lines in their optical spectrum.

This changed when scientists from the Aryabhatta Research Institute of observational sciencES (ARIES), Nainital, an autonomous institute of the Department of Science & Technology (DST),found a genuine high-gamma ray emitting NLS1 galaxy at a high redshift of 1.34 (larger than 1).

What does a redshift or a redshifted galaxy mean?