H-Energy read that the LNG terminal- FSRU Höegh Giant had sailed from Keppel Shipyard in Singapore and had berthed at Jaigarh terminal in Maharashtra on April 12, 2021. 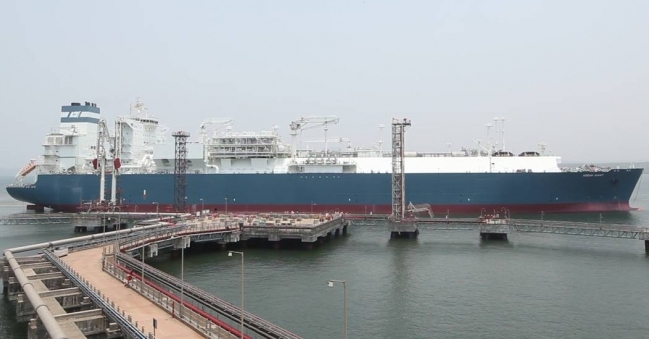 A statement from H-Energy read that the LNG terminal- FSRU Höegh Giant had sailed from Keppel Shipyard in Singapore and had berthed at Jaigarh terminal in Maharashtra on April 12, 2021.

This will be the first year-round Liquefied Natural Gas (LNG) terminal in Maharashtra.

•The LNG terminal is located at JSW Jaigarh Port on the west coast of India. The port is the first 24x7 operational, deep water private port in Maharashtra.

•The LNG terminal, built in 2017, has a storage capacity of 170,000 cubic metres and installed regasification capacity of 750 million cubic feet per day (equivalent to about six million tonnes a year).

•H-Energy has chartered the Floating Storage and Regasification Unit for a 10 year period. It stated that Höegh Giant will deliver regasified LNG to the 56-km long Jaigarh-Dabhol natural gas pipeline, thereby connecting the LNG terminal to the national gas grid.

•The Floating Storage and Regasification Unit is a special type of ship that is used for transiting and transferring Liquefied Natural Gas (LNG) through the oceanic channels.

•The facility is capable to reload LNG onto small-scale LNG vessels for bunkering services and deliver LNG through truck loading facilities for onshore distribution.

•H-Energy plans to further develop small-scale LNG market in the region and use the floating storage and regasification unit for storage and reloading LNG onto smaller vessels.

•Speaking on the same, the CEO of H-Energy Darshan Hiranandani said, "FSRU based LNG Terminals aim at providing the ability to enhance the pace of natural gas import capability in an environment friendly and efficient manner”.

•He added saying that the berthing of the FSRU Höegh Giant, the LNG regasification terminal will be ready to start testing and commissioning activities soon.

The Jaigarh Port is owned and operated by JSW Infrastructure, which is the maritime infrastructure development arm of USD 12 billion JSW Group.