Nearly 60 million eligible Iranian voters will cast their votes to elect their next leader to succeed President Hassan Rouhani. Read all you need to know. 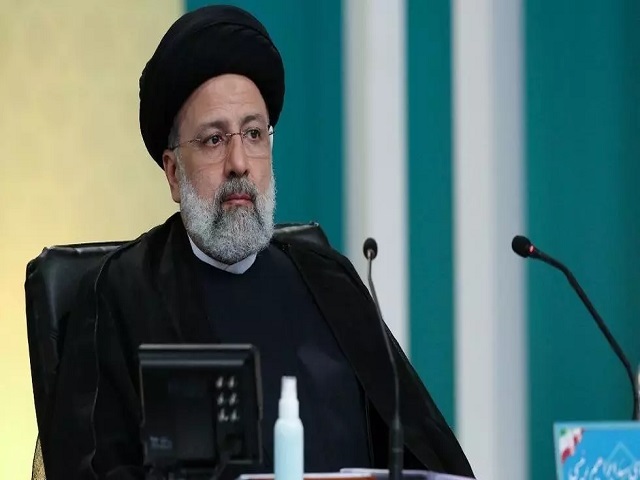 The 13th Presidential Election is being held on June 18, 2021. Four candidates, Mohsen Rezaei, Amir-Hossein Ghazizadeh Hashemi, Abdolnaser Hemmati, and Ebrahim Raisi are in the running for the post of President. Of all four, Ebrahim Raisi enjoys a significant lead over the others.

Rezaei is a former Islamic Revolutionary Guard Corps (IRGC) commander-in-chief, Hashemi is the Deputy Speaker of Parliament, Hemmati was the Head of the Central Bank of Iran and Vice President of the Islamic Republic of Iran Broadcasting, and Raisi is Iran’s current Chief Justice.

Iran’s Guardian Council comprising a panel of twelve unelected jurists and scholars initially allowed seven registrants to run for the coveted post. However, Saeed Jalili, Alireza Zakani, and reformist Mohsen Mehralizadeh left the presidential race on June 16, 2021. The council even rejected 40 women candidates who were applying to run for the president’s post.

The polls opened at 7 am local time and will close at midnight local time with an extension for two hours. The results are expected to come in by Saturday, June 19, 2021.

Nearly 60 million eligible Iranian voters will cast their votes to elect their next leader to succeed President Hassan Rouhani. The Council, however, barred hundreds of reformists and people aligned with Rouhani.

•Raisi is Iran’s current Chief Justice and so far, the front runner in the 2021 Iran Presidential election. Raisi, 60, enjoys strong backing from politicians and conservatives.

•After the 1979 Islamic revolution, Raisi joined the prosecutor’s office in southwestern Iran and later became the prosecutor for several jurisdictions. He was appointed deputy prosecutor in 1985.

•Rezaei, 66, is dubbed as the perennial candidate for his years of attempts at becoming President. Rezaei was the Head of the Expediency Council since 1997.

•He has also served as the Intelligence Chief of the Islamic Revolutionary Guard Corps (IRGC).

•In 1981, he was made the commander-in-chief of the IRGC and he maintained that position for 16 years.

•Hashemi at 50 is the youngest among the presidential candidates. He is polling extremely low numbers. Hashemi is a lawmaker and an otolaryngologist (nose, ear, throat specialist).

•Hashemi has been a representative of the people of Mashhad in the parliament for four consecutive years. He has also been deputy parliament speaker. Currently, he is a member of the Iranian parliament after being replaced earlier this month.

•Hemmati, 64, became the Governor of the Central Bank of Iran in 2018. However, he was removed from the post earlier this month after his announcement for running for president.

•Hemmati is a veteran of Iran’s banking and insurance sectors and a former journalist.

•The 13th Presidential Election is being held on June 18, 2021. As per the Iranian Constitution, President Hassan Rouhani cannot re-run for President as he has exhausted the two consecutive terms (8 years).

•The President of Iran is elected for a four-year term through elections where the citizens of Iran above 18 years of age exercise their voting rights.

•As per the Iranian Constitution, a President can be re-elected once.

•The candidates for the presidency are approved by the Guardian Council that consists of twelve unelected jurists and scholars.

•As per the Iranian Constitution, a candidate running for President should be of Iranian origin, hold Iranian nationality, possess administrative capacity and resourcefulness, hold a good past record, and be trustworthy and piety.

•The President is elected with a simple majority vote. In case, no candidate receives a majority in the first round, a run-off election is held between the top two leading candidates.