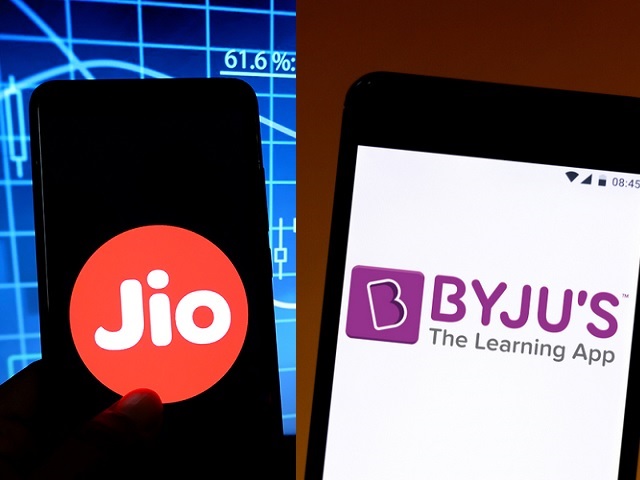 The Time magazine mentioned on its website that the companies shaping the future are at the heart of the first-ever TIME 100 Most Influential Companies.

•The magazine had solicited nominations from across sectors including entertainment, healthcare, education, transportation, technology. The companies were then evaluated based on key factors including:

•The result was a diverse array of 100 institutions, from the tech startup engineering companies that are coming with smart ways to recycle to cryptocurrency firm to the pharma titans creating the vaccines of tomorrow.

•BYJU’S earned a place in the esteemed list for expanding e-learning across India, said the magazine.

•Reliance Jio platform has built India’s largest 4G network by charging some of the lowest data rates in the world, less than Rs 5 a month for 1 GB.

•The platform has invited the highest number of FDI's in the past year when across the world FDI was low due to the COVID-19 pandemic. Jio has over 410 million subscribers.

•Jio Platforms is also working with Facebook to develop a WhatsApp-based e-commerce platform and Google to rollout out low-cost 5G smartphones.

•Byju’s was founded as an educational technology company by Byju Raveendran and Divya Gokulnath in 2011. It has now become one of the world's most valuable education technology company. It saw a sharp rise in popularity in 2020 as the demand for e-learning rose in the middle of the COVID-19 pandemic.

•Time Magazine said in a statement that Byju’s founder went on a spending spree, fuelled by funding from investors like Tencent and BlackRock as users of his company’s signature app nearly doubled to 80 million during the Covid-19 pandemic.

•The company has been credited for creating a foothold in markets outside India including in the UK, the US, Indonesia, Mexico and Brazil.

•Its explosive growth has turned it into one of India’s most lucrative startups and has increased the company’s expected value to $15 billion, up from $5.5 billion in July 2019.