KDEM office has been inaugurated to increase the contribution of the digital economy to the Gross State Domestic Product. 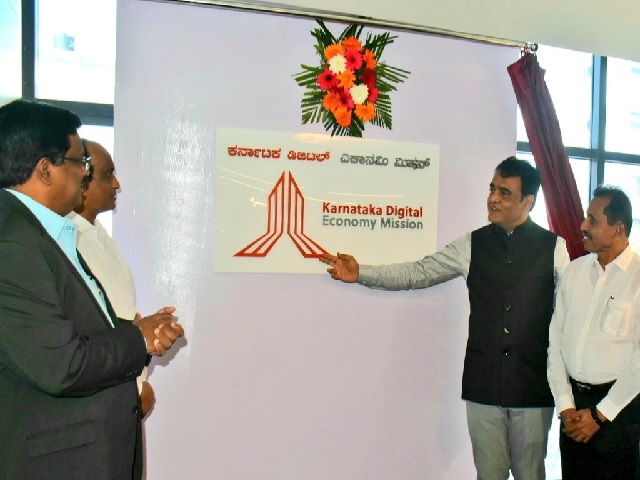 The Karnataka Digital Economy Mission- KDEM office has been inaugurated with an objective of increasing digital economy contribution to the Gross State Domestic Product to 30%. Along with it, the ‘Beyond Bengaluru’ which will facilitate achieving this target was also launched on February 9, 2021.

While speaking on the occasion, Deputy Chief Minister Dr. CN Ashwatha Narayana stated that the Karnataka government wanted KDEM to be more industry-friendly. He further added that keeping this in mind, it has permitted 51% stakes to industry associations while retaining a minority holding of 49% for itself.

Both these dynamic initiatives will help strengthen our IT ecosystem and in turn boost Karnataka's Digital Economy by promoting our successful & vibrant Tech industry globally. pic.twitter.com/Dx7cheTF94

For strengthening the digital economy of the state, the government will be focusing on improving the connectivity even to the remote parts, reducing the rural-urban divide, providing 24/7 electricity by establishing the needed infrastructure.

•  It will aim at attracting investments for the IT/ITeS sector in the state and to create 10 lakh jobs by 2025.

•  KDEM will work to achieve the target by focusing on five verticals of IT; services and products; Innovation and Startups; Talent Accelerator; Beyond Bengaluru; Electronic System Design and Manufacturing.

•  KDEM will also help Karnataka in reaching the goal of 150 billion dollars in IT exports and also in becoming a 300 billion dollar economy by 2025.

Current contribution of IT sector in GSDP:

By the time when India will aim at becoming a trillion-dollar economy in the coming 5 years, the contribution made by ‘Beyond Bengaluru’ should be in a position to contribute 10% to Gross State Domestic Product.