Gouri Amma was the first woman to graduate from the Hindu Ezhava community. She entered politics when it was entirely male-dominated and went to become one of the longest-serving politicians in the political history of Kerala. 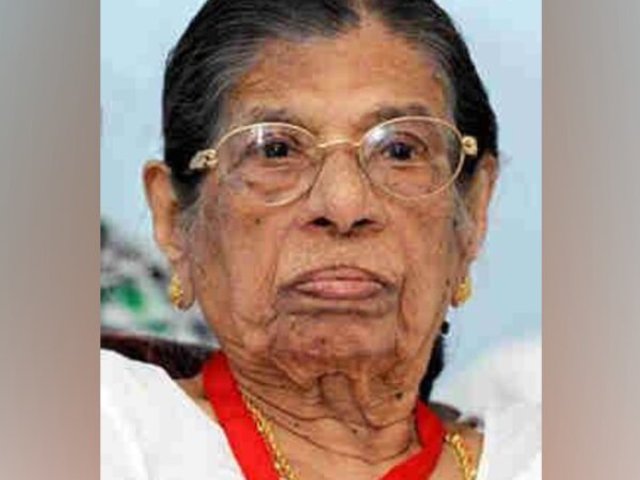 The first Revenue Minister of Kerala and JSS leader KR Gouri Amma passed away on May 11, 2021, after being hospitalized for a few weeks for age-related ailments. She was 102 years old.

KR Gouri Amma was born in Pattanakkad village, Alappuzha district, Kerala in 1919. Gouri Amma was the first woman to graduate from the Hindu Ezhava community. She entered politics when it was entirely male-dominated and went to become one of the longest-serving politicians in the political history of Kerala.

Gouri Amma got elected 11 times to the Kerala Assembly. She became a minister in the first democratically elected Communist government in Kerala, drafted Kerala Agrarian Relations Bill, Land reforms, served as the president of the Kerala Mahila Sangham, and Kerala Karshaka Sangham.

She also remained a prominent CPI (M) leader for decades but after her ouster from the party at 76, she formed her new party Janathipathya Samrakshana Samithi (JSS).

First Revenue Minister of Kerala, KR Gouri Amma passes away at a hospital in Thiruvananthapuram. She was 102 years old. pic.twitter.com/OWCab7gPRK

•In 1952 and 1954, she was elected to the Travancore-Cochin Legislative Assembly.

•In 1957, she became the first Revenue Minister in the Communist Government led by EMS Namboodiripad.

•From 1967 to 1969, she served as Minister for Revenue, Sales Tax, Civil Supplies, Social Welfare and Law.

•From 1980 to 1981, she was Minister for Agriculture, Social Welfare, Industries, Vigilance and Administration of Justice Minister.

•From 1987 to 1991, she became Minister for Industries and Social Welfare, Vigilance and Administration of Justice.

•In 1994, after her ouster from the CPI (M), she formed Janathipathya Samrakshana Samithi (JSS) and joined the United Democratic Front.