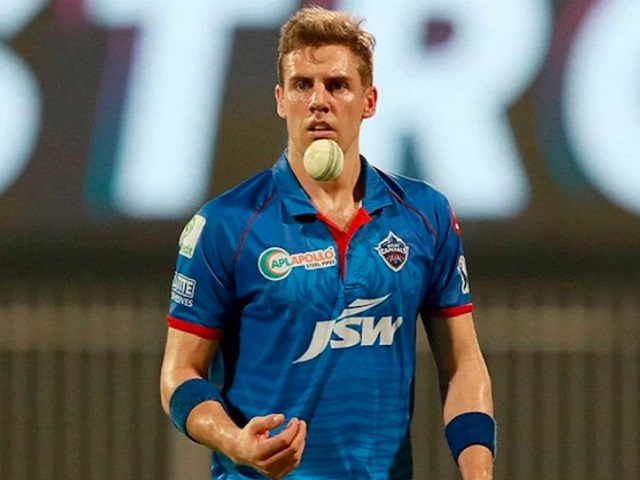 The IPL said in a statement that the two players were found to be positive in the third round of testing in the last four days. Both of them have isolated themselves from the remaining squad. All the other team members tested negative.

A medical team is constantly in touch with the two players and is monitoring their health. The Kolkata Knight Riders Franchise has now moved towards a daily testing routine to quickly identify any other possible cases and treat them at the earliest.

Two members of the Chennai Super Kings (CSK) contingent have also tested positive for COVID-19. While their names have not been revealed, one of them is reportedly a support staff member and the other a bus cleaner. The team's training session was cancelled as a precautionary measure.

As per reports, the entire team of the Delhi Capitals is self-isolating in their rooms after two KKR players tested positive for coronavirus. The team had played against KKR on April 29, 2021. The team then went on to play against the Punjab Kings on May 2, 2021. The team is currently placed on the top of the IPL Points Table 2021 with 12 points.

The  Kolkata Knight Riders were slated to face the Royal Challengers Bangalore (RCB) at Ahmedabad on May 3, 2021 but their match has now been postponed. It has been rescheduled for a later date.

Earlier, Daniel Sams from Royal Challengers Bangalore IPL franchise had tested positive for COVID-19. The Australian all-rounder had also arrived with a negative COVID-19 certificate but tested positive when tested again after his arrival.

The team tweeted on April 7, 2021 saying, "Daniel Sams checked into the team hotel in Chennai on April 3, with a negative COVID report on arrival. His report from the second test on April 7 came positive."

The franchise added saying, "Sams is currently asymptomatic and he is in isolation at a designated medical facility. Royal Challengers Bangalore medical team is in constant touch with Sams and continue to monitor his health and abide by the BCCI protocols."

Royal Challengers Bangalore medical team is in constant touch with Daniel Sams and continue to monitor his health and abide by the BCCI protocols.

The 28-year-old was the first foreign player to test positive for coronavirus inside IPL's bio-secure bubble and the second RCB player.

The first big blow for Delhi Capitals was when spinner Axar Patel tested positive for COVID-19 before the start of the IPL 2021 tournament.

The KKR batsman Nitish Rana had tested positive for COVID-19 on March 22, 2021, a day after he landed in Mumbai. The 27-year-old had 12 days of extended quarantine and later joined his teammates after testing negative for second successive day.

The team's opening batsman Devdutt Padikkal had also tested positive earlier. However, the cricketer completed his quarantine period tested negative recently and has joined the team again. RCB confirmed that Padikkal is healthy, feeling better and raring to go.

5. Kiran More- MI consultant and scout had tested positive for the virus before the start of the tournament. He has, however, recovered fully and joined the squad.

The IPL 2021 tournament kickstarted on April 9, 2021 despite the threat of COVID-19 pandemic. The players have been subjected to a strict bio-secure environment.

The IPL 2021 tournament involves a total of eight teams playing 52 matches at six venues across the nation with the IPL final on May 30th.

The six venues include- Delhi, Mumbai, Ahmedabad, Bangalore, Chennai and Kolkata. All six cities have seen a sharp rise in COVID-19 infections in recent weeks.

Five of the eight franchises are currently training in different grounds in Mumbai, the worst-hit city by India's second wave of COVID-19 pandemic.