Lok Sabha General Elections Results 2019: All you need to know! 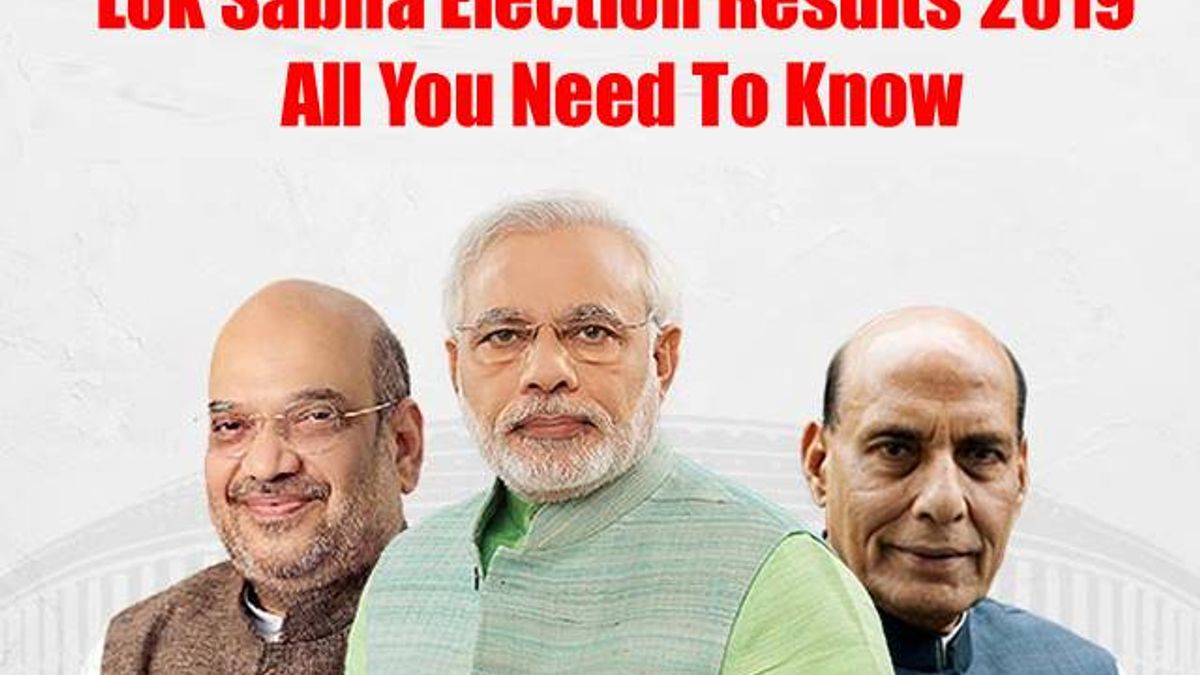 Lok Sabha General Elections 2019: All you need to know!

Lok Sabha Election Results 2019: The Narendra Modi-led National Democratic Alliance has taken India by storm by winning a whopping 349 seats in the 2019 Lok Sabha Elections. The BJP has breached through even those states, where the regional parties had a stronghold such as Uttar Pradesh and West Bengal, along with the whole of northeast.

The election was conducted to elect people’s representatives for the 17th Lok Sabha. While 22 states and Union Territories saw single-phase polling in the polls, the states of Bihar, Uttar Pradesh and West Bengal saw polling in all seven phases, considering their huge population and vast geographical area.

Though the final results of the Lok Sabha Elections will be declared on May 23, the exit poll predictions by various media organisations have been released. Let us look at all the predictions.

Lok Sabha Election Result 2019 Highlights: After the electoral war which lasted nearly 40 days and the 7 phased battles, now it’s time to crown the Victor! Will Modi Magic work again? Will Amit Shah’s strategy work? Or, will Opposition put up a fight to pull off an upset? 23rd May – the day of Lok Sabha Election Result 2019 will answer all your questions and Jagranjosh.com will help you decode the data, hype, mystery and help you look beyond the numbers to see the real picture.

Mamata's ace cards, young actors Nusrat Jahan and Mimi Chakraborty have scripted huge victories in Basirhat and Jadavpur constituencies respectively. Get full information about all Tollywood Stars contesting in Lok Sabha Election 2019. BJP's Babul Supriyo and TMC's new stars Nusrat Jahan and Mimi Chakraborty are on the verge of scripting victory in their respective constituencies. TMC's Dev and Satabdi Roy are also set to retain their 2014 seats. Moon Moon Sen is the only celebrity candidate of TMC to be trailing in Bengal by a huge margin.

Bihar Lok Sabha constituencies have gathered many eye balls because of its fight between candidates like Kanhayia Kumar vs Giriraj Singh,  Sharad Yadav vs Dinesh Chandra Yadav, Shatrughan Sinha vs Ravi Shankar Prasad and many more.

BJP records thumping victory in the UP Lok Sabha Elections 2019, winning 62 seats in Hindi Heartland, Uttar Pradesh. The major shock came for the Congress, which could only secure one seat – Sonia Gandhi’s Raebareli and lost family seat Amethi. Even Mahagathbandhan could not dent BJP's slated victory in the state.

Madhya Pradesh joined Modi wave by handling 28 seats out of 29. It is Chhindwara where only Congress candidate Nakul Kamal Nath secured his seat.

Karanataka Lok Sabha Election Result 2019: Out of the 28 seats, BJP has secured 25 seats in the state. While the JD (S) settles for 2 the Congress was left with just 1 seat in the state. Get the highlights of the 2019 Lok Sabha election results and the winners for the different constituencies in the state below.

The lotus has bloomed in West Bengal, much to the horror of Mamata's TMC, which has been reduced to 22 seats from its previous 34. The BJP has won a whopping 18 seats, continuing its upward trend in the former left bastion. The Congress has been reduced to 2 seats, while the left has been wiped out. Beginning of a new, communism-free Bengal?

Lok Sabha Election Result 2019 Live Updates: he BJP has for the second consecutive time sweeped across the nation with a historic majority reducing the Congress to 53 seats in the parliament. Smriti Irani captured Amethi while Rahul Gandhi was given a relief through his second constituency-Wayanad. Akhilesh Yadhav and Mulayam Singh Yadav took Azamgarh and Mainpuri while the people of Thiruvananthapuram has rested their faith for the second time on sitting MP Shashi Tharoor. Read the highlights of the Congress strongholds in the Lok Sabha 2019 Elections here.

Much hyped seats of Bihar such as Begusarai, Madhepura, Patna Sahib are clean swept by BJP-led NDA. On the other hand, Congress could save only one seat at Kishanganj.

Here is a live Updates on the results of the 2019 general elections. Now get the live report of the key constituencies of battle of central India like Guna, Bhopal, Nagpur, Mumbai North, Mumbai North Central Election Results.

The Lok Sabha Elections 2019 is extremely significant for the ruling Narendra Modi- led NDA government, which hopes to replicate its 2014 performance and come back for a third term with a thumping majority. While the stakes are high for BJP in most western, northern and eastern states, there are a few states including Uttar Pradesh, Bihar, West Bengal and Odisha that could change the political fortune of the national party.

The polls to elect India’s 17th Lok Sabha concluded successfully, sealing the fate of 8,049 candidates, including over 715 women candidates. Have a look at some of the key women candidates such as Urmila Matondkar, Hema Malini, Kirron Kher, Kanimozhi, Sadhvi Pragya and others.

The voters casted their votes on the Electronic Voting Machine (EVM) linked to the VVPAT unit. Have a look at  some frequently asked questions about VVPAT.

The Lok Sabha Election Results 2019 are likely to get delayed due to the verifying of the Voter Verified Paper Audit Trail (VVPAT) slips of five EVMs instead of one in each assembly, as per the ruling of the Supreme Court.

Today’s Chanakya has released exit polls results, predicting BJP as majority winner. In most of the states like Uttar Pradesh, Rajasthan, Gujrat, Uttarakhand, the BJP is predicted to win majority seats. NDA has secured clear majority in Today’s Chanakya exit poll for 2019 lok sabha election results. The polls predict BJP to bag 350 seats, Congress to win 95 seats and others to get 97 seats.

The Axis My India poll predictions predict replication of 2014 in India with the NDA looking towards a landslide victory in most northern, western and eastern states including the Uttar Pradesh, Bihar, Rajasthan, Delhi, Odisha, Maharashtra, Madhya Pradesh, Goa and Gujarat. The polls predict BJP to bag 339-365 seats, Congress to win 77-108 seats and others to get 69-95 seats.

After the conclusion of the Lok Sabha Elections 2019, Jan Ki Baat Exit Poll 2019 predicted that NDA is expected to get 305 seats, Congress will fetch 124 seats, MGB will be left with 26 seats and Others would fetch 87 seats in total.

As the six-week long Indian General Elections 2019 came to an end, all pollsters released the exit polls 2019. As per the C Voter exit poll 2019 prediction, NDA is expected to get 287 seats with voter share of 42 percent, while with 29 percent voter share,  UPA would win 128 seats win.

What are exit polls? How are they calculated?

The post vote polls are conducted after voters cast their votes. The polls aim to predict the final result on the basis of the information collected from the voters after they walk out of the polling booth.

The accuracy of exit poll always remains a subject of uncertainty. Exit polls give a rough idea of voters’ mood to predict results of elections.

In previous instances, the exit polls have made incorrect predictions in India, especially in 2004, when they predicted NDA victory and in 2009, when they wrongly judged UPA's seat share. The 2014 exit polls, however, rightly predicted a BJP win.

The voting for the seventh and final phase of Lok Sabha Elections 2019 was held on May 19 in 59 constituencies across 7 States and a Union Territory. The seventh phase holds significance for PM Narendra Modi who is seeking re-election from Varanasi. The Prime Minister had won in Varanasi by over 3.5 lakh votes in 2014.