Mamata Banerjee's oath-taking ceremony is likely to be low profile due to the COVID-19 pandemic situation. 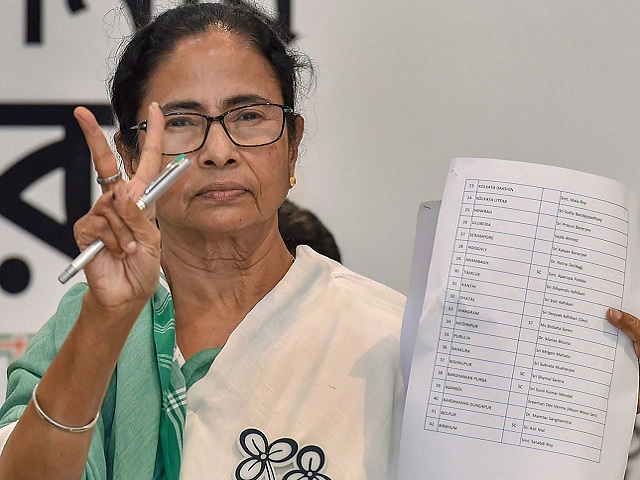 Mamata Banerjee will take oath as the Chief Minister of West Bengal for the third time on May 5, 2021. This was informed by senior Trinamool Congress leader Partha Chatterjee during a press briefing.

This would be the incumbent CM's third consecutive term in West Bengal. This comes after her party, All India Trinamool Congress was declared the winner of West Bengal Elections 2021 by a huge landslide on May 2nd.

Following the thumping victory, Banerjee was unanimously elected as the leader of the TMC Legislative Council at a party meet in Kolkata on May 3, 2021.

•Mamata Banerjee's oath-taking ceremony is likely to be low profile due to the COVID-19 pandemic situation.

•The TMC Chief is expected to meet West Bengal Governor Jagdeep Dhankhar at 7 pm today and stake claim to form the government.

•The new cabinet ministers are likely to be sworn in on May 6, 2021 by Pro-tem speaker Subrata Mukherjee.
Biman Banerjee has been named the speaker of the house.

•Mamata Banerjee-led Trinamool Congress won 213 seats in the just concluded West Bengal assembly elections. The Bharatiya Janata Party garnered 77 seats in the 294-seat state assembly. However, elections for two seats in Murshidabad are postponed due to the demise of candidates due to COVID.

•The All India Trinamool Congress won a total of 213 seats out of the 292 constituencies that went to polls, while the BJP won 77 and the Congress and the Left alliance drew a blank. The TMC has won more seats this time than last time when they had won 211 seats.

Wins an Election, loses her seat

Mamata Banerjee created history by defying all poll predictions and turning the result around completely with a resounding victory in the West Bengal Assembly Elections 2021. However, the TMC Chief lost from her assembly constituency of Nandigram. She had switched her seat in this election to go up against her former aide Suvendhu Adhikari, who has joined BJP. After a long day of neck-to-neck battle, she eventually lost by 1956 votes.