Montek Singh Ahluwalia is an Indian economist and civil servant, who earlier served as the Deputy Chairman of the Planning Commission of India. 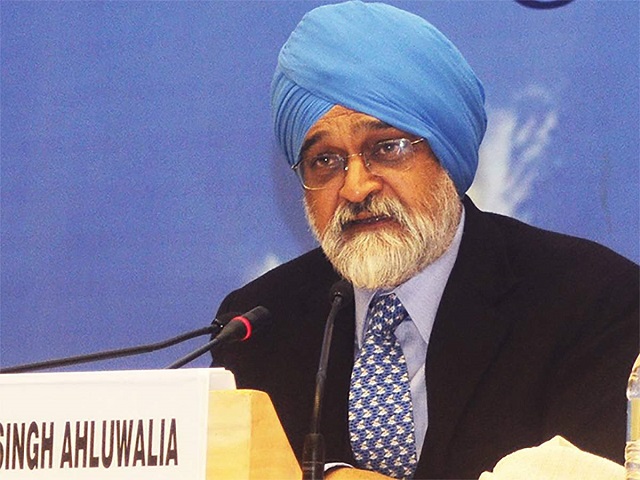 Montek Singh Ahluwalia has been named as a member of a High-Level Advisory Group (HLAG) formed by the World Bank and International Monetary Fund (IMF) amid the dual crisis posed by climate change and the COVID-19 pandemic.

Montek Singh Ahluwalia is a distinguished fellow at the Centre for Social and Economic Progress (CSEP) and former Deputy Chairman of the Planning Commission of India.

Speaking on the HLAG's immediate priorities, Ahluwalia said that climate change is at the top of the agenda this year in both developed and emerging market countries and the CoP 26 in November is expected to spell out what the international community needs to do.

"I hope the group can make a useful contribution to defining a workable strategy that takes account of the concerns of different participants," he added.

The High-Level Advisory Group was formed by the World Bank Group and IMF on June 15 to overcome challenges arising due to climate change and the COVID-19 pandemic.

The key objective of the High-Level Advisory Group is to help secure a strong recovery and set a path for green, resilient, and inclusive development over the coming decade. The HLAG will work to ensure sustainable and inclusive recovery and growth.

The group will mainly propose ideas for strategic global action to combat the current challenges and make proposals in phases with more emphasis on formulating actions for sustained transformation.

• IMF's Economic Counsellor and Director of the Research Department, Gita Gopinath is one of the members of the group.

• Other members include experts from research institutions, governments, private sector and officials from IMF and World Bank.

• Montek Singh Ahluwalia is an Indian economist and civil servant, who earlier served as the Deputy Chairman of the Planning Commission of India.

• He resigned from the post in May 2014 following the impending end of the UPA-II regime at the center.

• He was earlier serving as the first Director of the Independent Evaluation Office at the International Monetary Fund.

• He had joined the World Bank in 1968 after graduating from the University of Oxford. At the age of 28 years, he had become the youngest "Division Chief" in the World Bank's bureaucracy. He was in charge of the Income Distribution Division.

• He returned to India in 1979 and took up the position of Economic Adviser in the Ministry of Finance.

• He has held several senior positions as a civil servant in the government including Special Secretary to the Prime Minister, Finance Secretary, Commerce secretary, Secretary Department of Economic Affairs in the Finance Ministry.

• He was appointed as a Member of the Planning Commission in 1998.

• He was selected by the IMF Board to be the first director of the newly created Independent Evaluation Office in 2001.

• He resigned from the position to take up the post of deputy chairman of the Planning Commission in June 2004.

• He was honoured with the prestigious Padma Vibhushan, India's second-highest civilian honour for public service, in 2011.