The TIFR model projects a small second wave if Mumbai delays full resumption of economic activities till November 1. In such a scenario, daily deaths are predicted to rise from around 18 to 25, which can be handled with existing infrastructure. 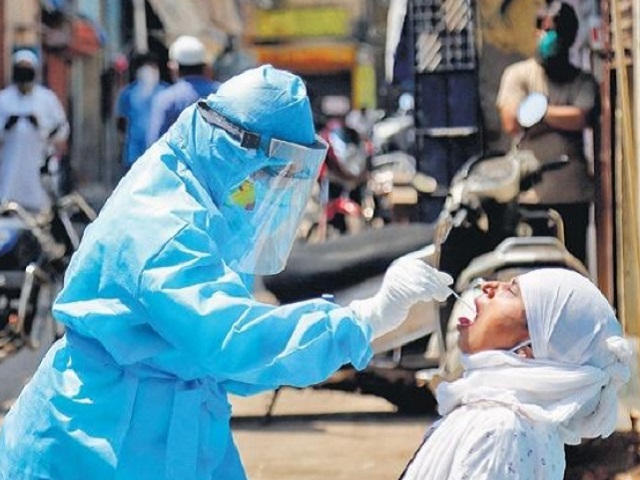 Almost 75 percent of the people living in Mumbai slums and 50 percent of those living in other areas of the city may develop herd immunity to COVID-19 by December 2020 or January 2021, as per a mathematical projection by the Tata Institute of Fundamental Research (TIFR) submitted to Brihanmumbai Municipal Corporation (BMC).

The projection, however, hasn't taken in account the chances of reinfection, which has emerged as a key concern for the world as the second wave of COVID-19 hit several countries. The model has submitted its projections by assuming reinfection in COVID-19 to be negligible.

Hence, if reinfection is more than common then the TIFR projection model will change.

• The COVID-19 projection model of the Tata Institute of Fundamental Research (TIFR) has predicted a second wave of coronavirus infections in Mumbai if the state government decides to open up all offices from mid-September.

• As per the projections, if the offices are allowed to function with 50 percent capacity starting mid-September, then the total COVID case count will stabilise in the city and stand at around 7-8 million cumulative infections by December-January 2021.

• The model shows that if the offices are allowed to open up completely from mid-September, then it will lead to huge a second wave of infections that will result in daily deaths rising from 35 to 50 and daily hospitalisation cases rising from 3000 to 4200 in Mumbai.

• The model projects the second wave of infections whenever the city opens up, but it projects a lower number of hospitalisations and fatalities if the offices open up completely by November 1.

• The model projects a small second wave if Mumbai delays full resumption of economic activities till November 1. In such a scenario, daily deaths are predicted to rise from around 18 to 25, which can be handled with existing infrastructure.

Schools/ Colleges should only reopen from January 2021: TIFR report

The TIFR's COVID-19 projection model further advised that the schools and colleges must be restarted only from January 2021 to avoid putting extra pressure on the health infrastructure.

The TIFR model has predicted that herd immunity can be attained in Mumbai by December-January 2021 when about 75 percent are infected in slums and 50 percent in non-slum areas. The model also projects the number of deaths to stabilise at around 11,000-12,000 by March 2021 based on disease progression.

• According to TIFR Model, Mumbai should allow offices and transport systems to function with 30 percent capacity in September, which can be increased later to 50 percent by October.

• The model further suggests that the city should be opened up gradually and become fully operational by around November 1.

• However, social distancing norms should be observed at all times in public transport and hygiene measures should also be followed such as maintaining hand hygiene and wearing of masks and regular disinfection of surfaces in trains and workplaces.

There has been a demand to open up Mumbai along with the rest of the country in the wake of a sharp decline in the economy of the nation. However, the COVID-19 situation is still not under control in the city, as it recorded a higher number of cases than usual on September 5, 2020 with increased outings during the Ganpati festival. Mumbai's current coronavirus tally stands at 1,53,712, which includes 7,832 deaths.

The Tata Institute of Fundamental Research had earlier partnered with the BMC to conduct the three-ward serosurveys in Mumbai. The first serosurvey, which was conducted in July, indicated that about 57 percent of those living in slums and 16 percent of those living in non-slum pockets had developed antibodies. The second sero survey is likely to be released later this month.