An ambitious 'Roadmap 2030' was adopted during the summit to elevate bilateral ties to a 'Comprehensive Strategic Partnership'. 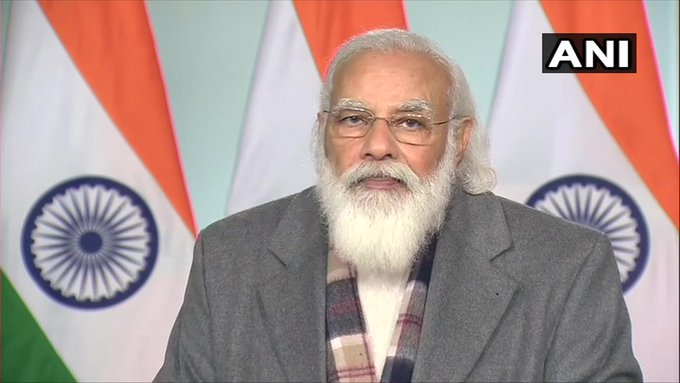 This was decided during the high-level virtual summit conducted between the two Prime Ministers on May 4th, during which they exchanged views on regional and global issues of mutual interest such as G7 and the cooperation in the Indo-Pacific Region.

PM Modi had tweeted saying that he had a productive virtual summit with his friend Boris Johnson. He said, "We adopted an ambitious Roadmap 2030 for elevating India-UK ties to a Comprehensive Strategic Partnership."

Had a productive Virtual Summit with my friend UK PM @BorisJohnson. We adopted an ambitious Roadmap 2030 for elevating India-UK ties to a Comprehensive Strategic Partnership.

The two leaders discussed the COVID-19 situation and ongoing cooperation in the battle against the COVID-19 pandemic, including the successful partnership on vaccines.

•An ambitious 'Roadmap 2030' was adopted during the summit to elevate bilateral ties to a 'Comprehensive Strategic Partnership'.

•The roadmap will enable a deeper and stronger engagement between the two countries over the next ten years in the key areas including trade and economy, defence and security, health, climate action and people-to-people contacts.

•The two agreed on a roadmap to negotiate a comprehensive and balanced Free Trade Agreement (FTA) including consideration of an interim trade agreement for delivering early gains.

•The Prime Ministers of both nations launched an 'Enhanced Trade Partnership' (ETP) to explore trade potential between the two nations.

•Under the partnership, the two nations set an ambitious target of more than doubling bilateral trade by 2030.

•India and the UK also agreed to create a roadmap under the partnership to negotiate a comprehensive and balanced FTA, including consideration of an Interim Trade Agreement for delivering early gains.

•The enhanced trade partnership between India and UK is expected to generate several thousands of direct and indirect jobs in both the countries.

We discussed ongoing cooperation on COVID-19 pandemic and reiterated commitment to ambitious climate action to meet Paris goals in the run-up to COP26.

The two leaders further reiterated their commitment to climate action to achieve the goals of the Paris Agreement. They also agreed to closely engage in the run-up to CoP26, which will be hosted by the UK later this year.

•A new India-UK 'Global Innovation Partnership' was also announced during the virtual summit between the two leaders. The partnership aims to support the transfer of inclusive Indian innovations to select developing countries, starting with Africa. The United Kingdom is India's second-largest partner in research and innovation collaborations.

•The two nations also agreed to enhance cooperation on new and emerging technologies, including Digital and ICT products and work on the supply chain resilience.

•The leaders also agreed to strengthen defence and security ties, including in counter-terrorism, cyberspace and maritime domains.

India and the UK have launched a comprehensive partnership on migration and mobility that aims to facilitate greater opportunities for the mobility of students and professionals between the two countries.

•UK Prime Minister Boris Johnson also appreciated India's role in extending assistance to the UK and other countries over the last year by supplying life-saving pharmaceuticals and vaccines.

•The Indian Prime Minister further expressed his desire to be able to welcome the UK PM to India as per his convenience after the situation stabilizes. The UK PM also reiterated his invitation to PM Modi to visit UK for the G-7 Summit.

•The United Kingdom will be hosting the G7 summit in June 2021, where Prime Minister Modi is a special invitee.

India and the United Kingdom share long-standing friendly ties. They also enjoy a Strategic Partnership since 2004, which has been marked by regular high-level exchanges and growing convergences in diverse areas.

The Union External Affairs Minister S Jaishankar is currently on a visit to London (May 3-6, 2021) to participate in the G7 Foreign Ministers Meeting, at which India has been invited as a guest country.

The Minister will later hold a bilateral visit to the UK. He will also be meeting with the US Secretary of State Antony Blinken.