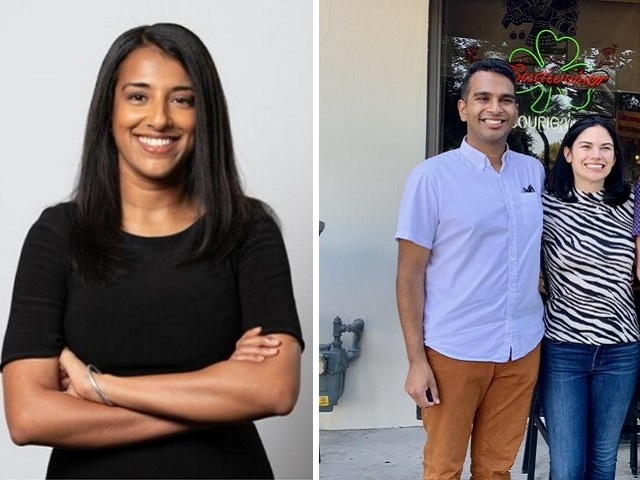 Megha Rajagopalan shared the US top journalism award with two of her colleagues - Alison Killing and Christo Buschek - from an internet media publication BuzzFeed News. The award was announced by the Pulitzer Board on June 11, 2021. This is the first Pulitzer for BuzzFeed News, which is a digital news publication founded in 2014.

The three journalists won the award for their Xinjiang series, which exposed  China's prisons and mass internment camps that were used to detain hundreds of thousands of Muslims in its Xinjiang region.

Minutes after winning, Rajagopalan said she wasn't even watching the ceremony live because she wasn't expecting to win. She only found out when she received a call.

Am so grateful to our team, to @BuzzFeedNews, @alexcampbell & the organizations that supported us.

Most of all I'm grateful to ex-detainees who told us what happened to them inside Xinjiang's camps. The public owes much to their courage.

Still much more work to be done. https://t.co/IEylM09S5r

• Megha Rajagopalan and her two colleagues reportedly used satellite imagery and 3D architectural simulations to buttress her interviews with two dozen former prisoners from the detention camps. The camps hosted as many as a million Muslims from Uighur and other minority ethnicities.

• Rajagopalan was the first to visit an internment camp in China in 2017, not long after China began to detain thousands of Muslims in Xinjiang. She was able to visit the camp at a time when China denied that such places existed,as per BuzzFeed News.

• According to BuzzFeed News, the Chinese government tried to silence her in response by revoking her visa and ejecting her from the country.

• However, Rajagopalan, refusing to be silenced, partnered with two contributors and began working from London.

• The three then began analysing thousands of satellite images of the Xinjiang region to find out where China was detaining the 1 million Uyghurs, Kazakhs, and other Muslim minorities.

• They began with an enormous dataset of 50,000 locations and Christo Buschek built a custom tool to sort through those images.

• They went through thousands of images one by one, verifying many of the sites against other available evidence and ultimately identified more than 260 structures that appeared to be fortified detention camps.

• Some of the sites were capable of holding more than 10,000 people and many contained factories where prisoners were forced into labour.

• Rajagopalan also traveled to China's neighbouring nation Kazakhstan, where many Chinese Muslims have sought refuge and located more than two dozen people who had been prisoners in the Xinjiang camps, winning their trust and convincing them to share their nightmarish accounts with the world.

• As per Pulitzer Prizes' official website, Megha Rajagopalan is an award-winning international correspondent for BuzzFeed News, based in London.

• She was a staff correspondent for BuzzFeed News based in China and Thailand as well as in Israel and the Palestinian territories.

• She was also previously working as a political correspondent for Reuters in China.

• Overall, she has reported from 23 countries in Asia and the Middle East on stories ranging from the North Korean nuclear crisis to the peace process in Afghanistan.

• Her work has been translated into a total of seven languages and is taught in classrooms at Columbia and New York University.

• Her colleague Alison Killing is a licensed architect, who specialises in forensic analysis of architecture and satellite images of buildings. She basically is a geospatial analyst who uses maps and data to investigate urgent social issues.

• Alison Killing, a licensed architect who specialises in forensic analysis of architecture and satellite images of buildings

• Christo Buschek, on the other, is a programmer and digital security trainer, who builds tools tailored for data journalists and human rights defenders. Rajagopalan is among two Indian-origin journalists who won the US's top journalism award.

The Pulitzer prize is a top US journalism award, which is awarded every year in twenty-one categories. Each winner in twenty of the categories receives a certificate and a USD 15,000 cash award. The winner in the public service category is honoured with a gold medal.