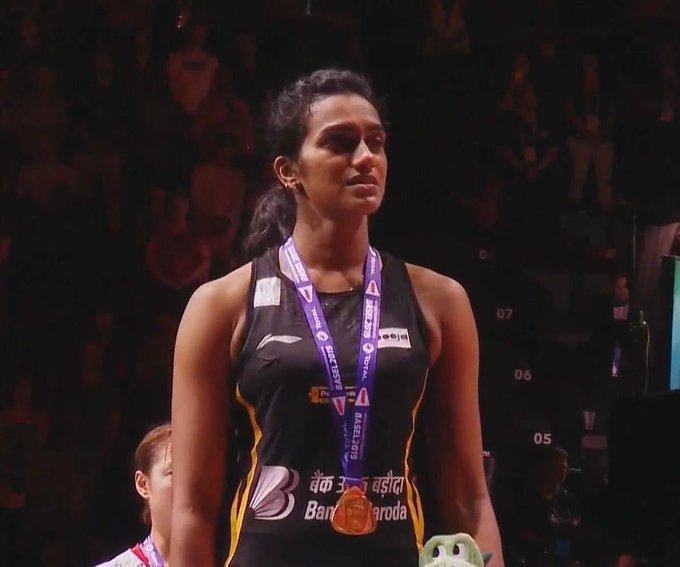 P.V Sindhu became the first Indian player to win the historic Badminton World Championship (BWF)gold by crushing Nozomi Okuhara in a dominating one-sided final on Sunday. In the titan clash, she won the gold with 21-7, 21-7 that lasted only 38 minutes.

With this elusive gold, Sindhu became only the world's fourth singles player ever to have a full set of world championship medals. From here, Sindhu will directly head to Tokyo Olympics as the authoritative World Champion.

Minutes after winning the gold, PM Modi tweets, "The stupendously talented #PVSindhu makes India proud again! Congratulations to her for winning the Gold at BWF World Championships. The passion & dedication with which she’s pursued badminton is inspiring. PV Sindhu’s success will inspire generations of players"

The President of India Ram Nath Kovind tweets "Congratulations @Pvsindhu1 for winning the BWF World Championship. This is a proud moment for the entire country.

Your magic on the court, hardwork and perseverance enthralls and inspires millions. Best wishes World Champion for all your future battles".