The QUAD Foreign Ministers are scheduled to discuss the post-COVID-19 international order and the need for a coordinated response to the various challenges emerging from the pandemic. 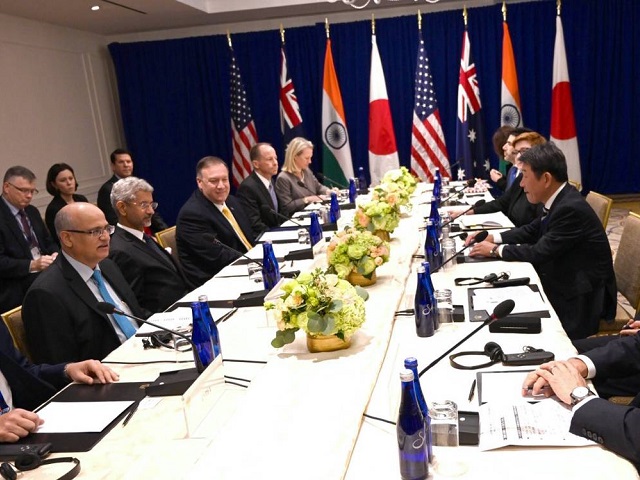 The Foreign Ministers of all four Quad countries- India, US, Japan, Australia are scheduled to meet today in Tokyo, Japan's capital city. The four QUAD foreign ministers are expected to discuss regional issues and collectively affirm the importance of maintaining a free, open and inclusive Indo-Pacific.

The Foreign Ministers are also scheduled to discuss the post-COVID-19 international order and the need for a coordinated response to the various challenges emerging from the pandemic.

This is the second such QUAD Foreign Ministers meet. The foreign ministers of all the four QUAD countries had met for the first time in 2019 on the sidelines of the United Nations General Assembly. India's external affairs minister will also hold bilateral meetings with his other three QUAD counterparts including the US Secretary of State. This will be the first such a major diplomatic engagement after the appointment of the new Japanese Prime minister Yoshihide Suga.

Why is China wary of the QUAD meet?

The QUAD grouping, whose focus is on "free and open" Indo-Pacific is viewed suspiciously by China. The Quad has gained further momentum, as US President Donald Trump pursues a more confrontational approach to Beijing and India also growing wary of increasing Chinese aggression along the Line of Actual Control (LAC) and the nation's growing economic and military influence in South Asia.

The QUAD meeting is taking place ahead of India's 2+2 dialogue with the United States and defence ministers meeting later this month.