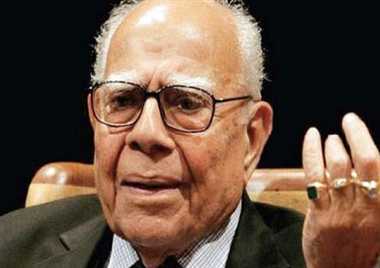 Ram Jethmalani: Senior Supreme Court lawyer Ram Jethmalani passed away on September 8, 2019. He was 95. Jethmalani was a former minister for Law and Urban Development in the Atal Bihari Vajpayee Cabinet. He also served as the chairman of the Bar Council of India.

In 2017, he announced retirement from the legal profession.

Union Home Minister Amit Shah, on his demise, said "Deeply pained to know about the passing away of India’s veteran lawyer and former Union Minister Shri Ram Jethmalani ji. In him, we have not only lost a distinguished lawyer but also a great human who was full of life.  Ram Jethmalani ji’s passing away is an irreparable loss to the entire legal community. He will always be remembered for his vast knowledge on legal affairs. My condolences to the bereaved family. Om Shanti Shanti Shanti".