The reservation law was challenged before the Bombay High Court, which upheld its validity in June 2019 but reduced its reservation quota to 12 percent in educational institutions and 13 percent in jobs. 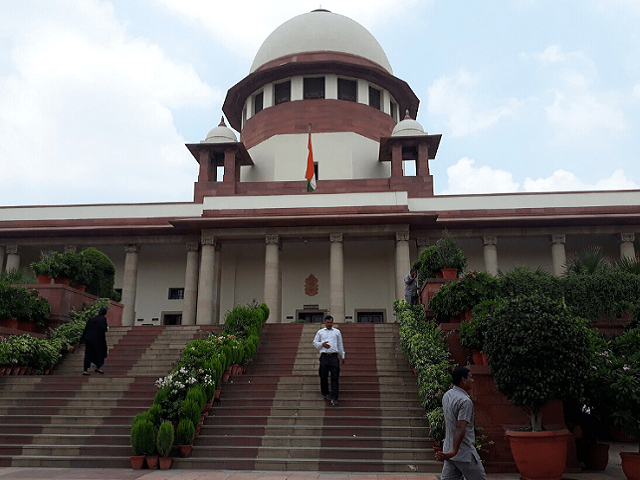 The Supreme Court has ordered a stay on reservation for those belonging to the Maratha community in government jobs and educational institutions in Maharashtra. The stay order was delivered by a three-judge bench headed by Justice L Nageswara Rao.

The apex court bench has now referred the case to a larger bench to consider the constitutional validity of the 2018 Maharashtra government law providing reservation to Marathas in the state.

The Maharashtra government had earlier on August 26 urged the apex court to refer the matter before a larger bench considering the fact that it involves the determination of substantial legal questions.

• Under the Maharashtra State Reservation for Socially and Educationally Backward Classes Act, the Maratha community was originally provided 16 percent reservation in educational institutions and government jobs.

• The reservation law was challenged before the Bombay High Court, which upheld its validity in June 2019 but reduced its reservation quota to 12 percent in educational institutions and 13 percent in jobs.

• Following this, several appeals were filed before the Supreme Court stating that the reservation would lead to a breach of the 50 percent reservation cap laid down by the Apex Court in its 1992 judgment of Indra Sawhney versus Union of India.

• The Supreme Court has now stayed the implementation of the order and referred the matter to a larger bench.
However, the apex court clarified that the status of those who have already taken benefits of the 2018 law shall not be disturbed.

• The advocates appearing on behalf of one of the petitioners had earlier told the apex court that the last date for admission to PG medical courses should be deferred.

• The Maharashtra Government on July 27, 2020 assured the top court that it would not proceed with the recruitment process to fill up the vacancies on the basis of 12 percent Maratha reservation till September 15, except in departments of Public Health and Medical Education and Research.

A batch of pleas challenging the law was then filed before the Supreme Court of India after the Bombay HC upheld the law's validity. One of the petitions claimed that the SEBC Act breached the 50 percent reservation cap fixed by the top court in its landmark judgment in the Indira Sawhney case, also known as the 'Mandal verdict'.

As per the 102nd amendment to the Constitution, reservation can only be granted if a particular community is named in the list prepared by the President.