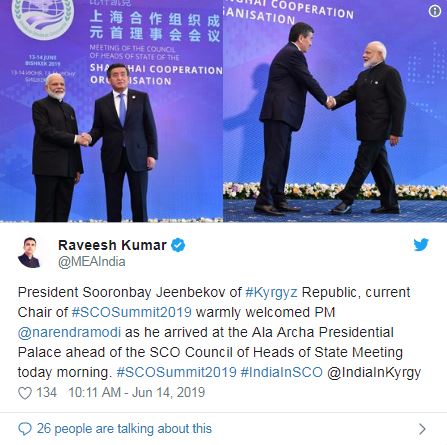 Before this, Prime Minister Narendra Modi reached Kyrgyz capital Bishkek to attend the meeting of Council of Heads of States of Shanghai Cooperation Organization (SCO) beginning on June 13, 2019. After Lok Sabha elections 2019 this is Modi's first multi-lateral summit. Presidents and Prime Ministers of 8 member countries will participate in this international forum which will also be attended by 4 head of states as observers.

India will also hold bilateral meetings with Russia and China on the sidelines of the Shanghai Cooperation Organisation (SCO) summit at Bishkek. Council of Heads meeting is also scheduled for June 13. The CHS is the supreme decision-making body in the SCO. This will be the second CHS meeting after India became member of SCO. 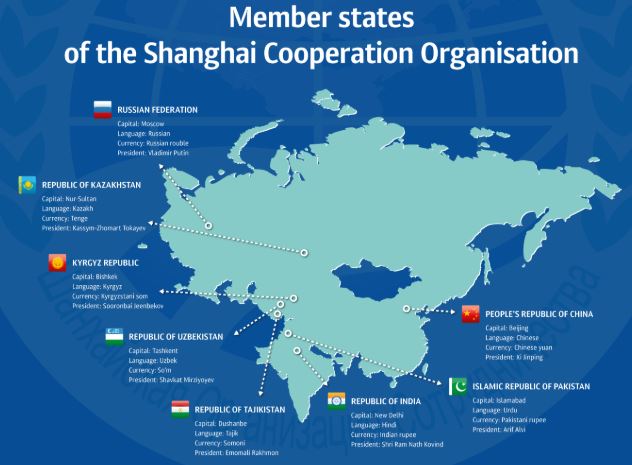 The Council of Heads of State shall be the supreme SCO body. It shall determine priorities and define major areas of activities of the Organization, decide upon the fundamental issues of its internal arrangement and functioning and its interaction with other States and international organizations, as well as consider the most topical international issues.

The Shanghai Cooperation Organisation (SCO) basically works on economic and security issues.  Also, strengthening mutual trust and neighbourliness among the member states; research, technology and culture, as well as in education, economy, energy, promoting their effective cooperation in politics, transport, tourism, environmental protection, and other areas; making joint efforts to maintain and ensure peace, stability and security in the region; and moving towards the establishment of a democratic, fair and rational new international political and economic order.

SCO and its importance for India

Indian Prime Minister Narendra Modi will hold bilateral meetings with Russia and China on the sidelines of summit. However, Pakistan Prime Minister Imran Khan will also joint this summit but there would be no face to face talks between India and Pakistan. It will be the first time when two leaders will come face to face after months of tension between two countries, which began with February 14 Pulwama attack on a CRPF convoy. These diplomatic steps would give more value to Indian democracy. This group is important for India due to presence of Russia and China. Both countries are superpowers in the region and making diplomatic ties with these countries will give more power to India before Pakistan.