This is the second successful liftoff by SpaceX of its 229-foot-tall (70 meters) workhorse Falcon 9 rockets within a week. 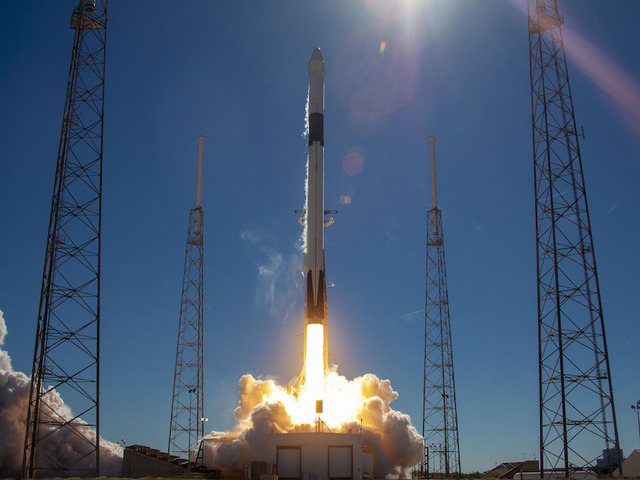 A SpaceX Falcon 9 rocket on May 9, 2021, launched 60 Starlink internet satellites into orbit early and then landed at sea to record the 10th flight for the company’s reusable booster.

The Falcon 9 rocket took off at 2.42 am EDT from Space Launch Complex 40 at Cape Canaveral Space Force Station. The white exterior of the rocket turned black after its trip to Earth’s orbit and back.

This is the second successful liftoff by SpaceX of its 229-foot-tall (70 meters) workhorse Falcon 9 rockets within a week. Each Falcon 9 rocket was carrying a full stack of 60 flat-paneled Starlink broadband satellites.

The SpaceX supply chain supervisor Michael Andrews during a live webcast informed that SpaceX’s first reuse of an orbital class rocket was on the SES-10 mission way back in March of 2017.

What are Starlink broadband satellites?

•Starlink broadband satellites is a network of satellites that have been engineered by SpaceX to provide low-cost internet to remote locations.

•These satellites are placed over 60 times closer to Earth than traditional satellites.

•Falcon 9 rocket has been designed and manufactured by SpaceX, an American aerospace manufacturer and space transportation services company owned by Elon Musk.

•Falcon 9 rocket is the world’s first orbital-class two-stage, a reusable rocket built to transport people and supplies into Earth orbit and beyond.