Banerjee was a reputed scientist who led the nuclear establishment during the nuclear deal signing between India and the US. 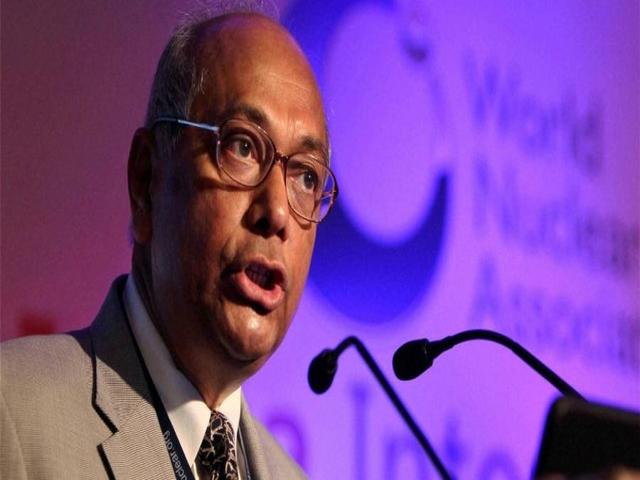 Srikumar Banerjee, former Chairman of the Atomic Energy Commission and a veteran Nuclear Scientist passed away on May 23, 2021, due to a heart attack post recovering from COVID-19 at his residence in Navi Mumbai at 75.

Banerjee was a reputed scientist who led the nuclear establishment during the nuclear deal signing between India and the US. He later also legislated the Civil Liability for Nuclear Damage Bill.

Banerjee joined the Metallurgy department of the Bhabha Atomic Research Centre (BARC) in 1968 after pursuing a B. Tech in metallurgy from IIT, Kharagpur. Banerjee was awarded his Ph. D from IIT Kharagpur later in 1974 for his work at BARC. He was known as a leading global expert regarding the usage of specialized alloys in nuclear processes.

Banerjee headed the establishment of atomic energy in India during a time when the political and expert fraternity was highly skeptical of India losing its nuclear ‘autonomy’ if it signed the 123 Pact (the US - India Civil Nuclear Agreement) with the US. However, he convinced that India would rather gain vastly than lose if the Nuclear Suppliers Group exempted India to allow nuclear trade with NSG members.

Prime Minister Narendra Modi tweeted to express his condolences over the death of Srikumar Banerjee.

Dr. Srikumar Banerjee will be remembered for his pioneering contributions to Indian science, especially in the areas of atomic energy and metallurgy. He was also an outstanding mentor and institution builder. Saddened by his passing away. Condolences to his family. Om Shanti.

•Srikumar Banerjee was a veteran Nuclear Scientist and a renowned Indian Metallurgical Engineer.

•He earned his B. Tech Honors in Metallurgical Engineering from IIT, Kharagpur in 1967. He then got trained at the Training School of BARC (Bhabha Atomic Research Centre).

•In 1968, he joined the Metallurgy department of BARC. Recognizing his work during his initial years at BARC, IIT Kharagpur awarded him with a Ph. D in Metallurgical Engineering in 1974.

•Last, Banerjee retired from the post of Chairman of the Atomic Energy Commission of India (AECI) and the Secretary of Department of Atomic Energy (DAE) on April 30, 2012.

•Banerjee was awarded the Shanti Swarup Bhatnagar Prize for Science and Technology in 1989 and Padma Sri in 2005.