India’s 'Statue of Unity' and Soho House in Mumbai have been featured in the Time’s list of 100 greatest places in the world.

The Time magazine in its annual list of 2019, compiled a list of 100 greatest places in the world that are new and noteworthy destinations to experience. The list is divided into places to visit, to stay and to eat and drink. Besides the two Indian entries, the Time’s list includes Zakouma National Park in Chad, International Dark Sky Sanctuary in Pitcairn Islands, Geosea Geothermal Sea Baths in Iceland, Museum of Black civilizations in Senegal, Heart Castle in California, Teatro Galli in Italy, Red Sea Mountain Trail in Egypt, Troy Museum in Turkey and the Sixth Senses in Bhutan.

The 'Statue of Unity', known as the world's tallest statue, was constructed as a tribute to Sardar Vallabhbhai Patel, Independent India's first deputy prime minister who played a leading role in the integration of the self-governing princely states into the single union of Independent India. Sardar Vallabhbhai Patel was one of the prominent leaders of the Indian national freedom movement and he was also popularly known as the 'Iron man of India'. 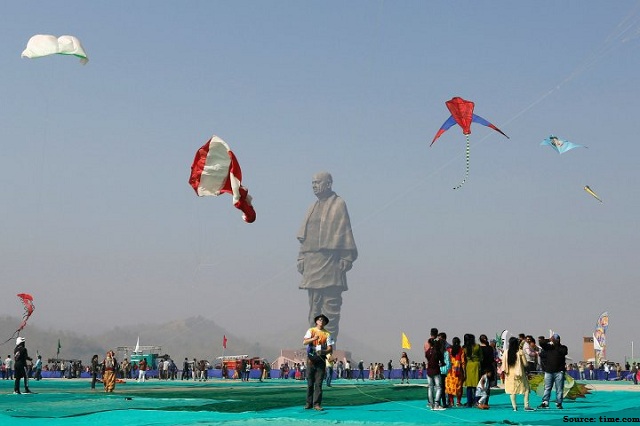 The ‘Statue of Unity’ with a height of 182m, is the tallest statue in the world. The statue is located on an island in the Narmada River facing the Sardar Sarovar Dam. The construction of the statue started in October 2013 and it was inaugurated by Prime Minister Narendra Modi on October 31, 2018, on the occasion of Sardar Vallabhbhai Patel’s 143rd birth anniversary.  The statue showcases Patel's vision of unity, patriotism, inclusive growth and good governance.

Mumbai’s Soho House was founded in 1995 as a home from home for people working in the creative industries.  The Soho House is located in an 11-­storey building in Mumbai, overlooking the Arabian Sea.

The house includes a library, a cinema with 34 seats and a rooftop bar and pool. Since its founding, the house has grown into a community of like-minded individuals with houses all over the world.

The Soho House opened its first House in London’s Soho in 1995. Now, they have 23 clubs around the world, with more in the works. The Soho House aims to create a comfortable home from home for our members. 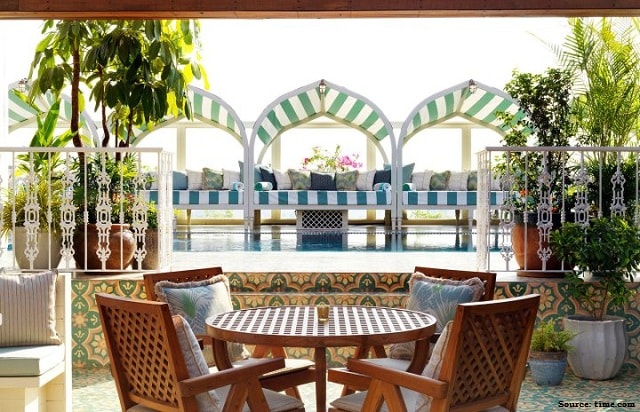 To obtain the membership of the House, the aspirants are required to apply to the House closest to their workplace or home and must be nominated by two of the existing Soho House members.

The Mumbai Soho House was included in the Time’s list of best places to stay in the world courtesy its use of block-printed fabrics, handwoven cane furniture, environmentally sustainable, sari-coated lampshades and around 200 art pieces by mostly South Asian artists.

The Time’s list of 100 greatest places in the world is compiled after inviting nominations across a variety of categories including parks, museums, restaurants and hotels from industry experts as well as its editors and correspondents around the world.

Each of the nominated places is then evaluated based on five key factors- quality, originality, sustainability, innovation and influence. The places are measured based on how unique and extraordinary their experience is.