The Kerala High Court had in October 2018 set aside the amendments in the Employees’ Pension Scheme (EPS), 1995 that fixed maximum pensionable salary at Rs 15,000 per month. 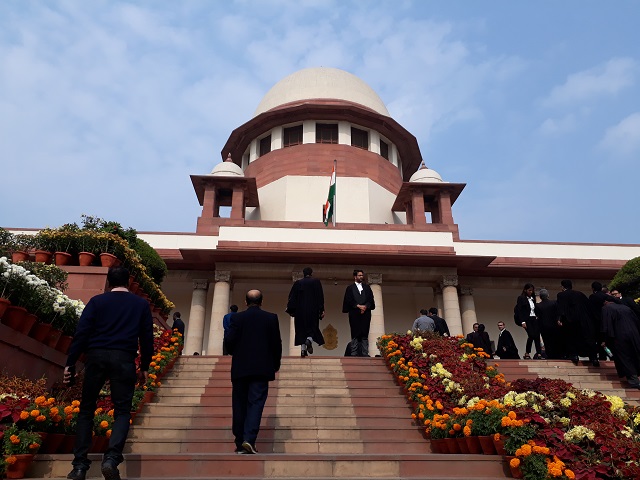 The Supreme Court has barred courts across India from taking up contempt petitions against the Employees Provident Fund Organisation (EPFO) and Centre regarding implementation of judgments that stated that employees’ pension can’t be capped at Rs 15,000.

This follows the apex court's February 2, 2021 decision recalling its order that could have led to higher pension for employees as it had removed the salary ceiling of Rs 15,000 and said it should be proportionate to the last drawn salary.

No contempt application seeking implementation of any of the orders passed in the aforesaid four categories of matters, shall be taken up by any court, said the SC Bench headed by Justice UU Lalit in its February 25th order.

The bench has posted the matter for further hearing on March 23.

•  The Kerala High Court had in October 2018 set aside the amendments in the Employees’ Pension Scheme (EPS), 1995 that fixed maximum pensionable salary at Rs 15,000 per month.

•  The Supreme Court dismissed the appeal filed by the EPFO against the Kerala High Court’s verdict on April 1, 2019.

•  Both Centre and EPFO had filed petitions requesting the top court to review its decision.

•  The Supreme Court then allowed the review petitions on February 2nd and decided to reconsider the previous order that permitted grant of provident fund pension proportionate to salary.

•  The Supreme Court is now examining the 2018 Kerala High Court judgment again that required the organisation to pay full pension to retiring employees based on their total salary instead of capping the amount at Rs 15000.