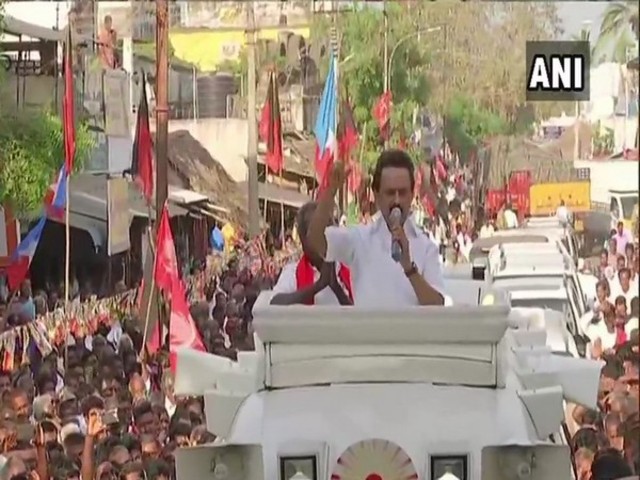 Tamil Nadu Assembly Election Result 2021: Official trends by the ECI show DMK is in the leading. DMK chief MK Stalin from the Kolathur constituency, and his son Udhayanidhi Stalin from the Chepauk constituency are leading by a margin of 3,697 votes and 16,819 votes, respectively.

MNM's Kamal Haasan is in the leading in the Coimbatore South constituency by a margin of 534 votes.

Here are the key constituencies to watch out for:

Bodinayakkanur: Tamil Nadu Deputy Chief Minister O Panneerselvam is contesting from the Bodinayakkanur district. He had won from this district in 2011 by 30,000 votes and in 2016 by 15,000 votes. This year, he is facing Thanga Tamilselvan of the DMK.

Kolathur: DMK President M K Stalin is contesting from the Kolathur constituency. This is his first election without his father and DMK leader M Karunanidhi who passed away in 2018. This year, he is facing Aadi Rajaram of AIADMK and J Arumugham of AMMK. In 2016, Stalin won by 36,000 votes and in 2011, he won by just 2,734 votes in the Kolathur district.

Chepauk: Udhayanidhi Stalin of DMK, son of M K Stalin, is making his debut from Chepauk district. He is facing AVA Kassali (PMK), I Rajendran (AMMK), Muhammad Ithris (IJK), and Jayasimaharaja (NTK). In the past, J Anbazhagan has won from Chepauk in 2011 by 9,203 votes and in 2016 by 14,000 votes.

Kovilpatti: The Amma Makkal Munnettra Kazagam (AMMK) party leader TTV Dhinakaran, also the nephew of VK Sasikala, is contesting from this constituency. He is facing Kadambur C Raju of AIADMK and K Sreenivasan, CPM ally of DMK. Raju had won Kovilpatti by 26,000 votes in 2011.