Russia's Sputnik V COVID-19 vaccine has become the third vaccine to receive emergency use approval in the country after Bharat Biotech's COVAXIN and Serum Institute's Covishield. 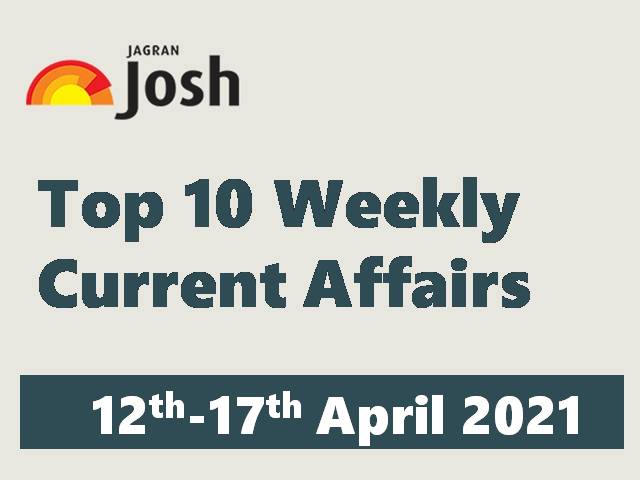 India has fast-tracked the emergency approvals for the foreign-produced Coronavirus vaccines that have been given emergency approval for the restricted use in other nations such as in the US, UK, European Union and Japan. This comes as several Indian states have raised concerns over vaccine shortage.

The Supreme Court on April 9, 2021 came down heaving on the counsel of petitioner who had submitted a plea seeking directions to the Centre and states to control black magic and religious conversion. The apex court asserted that there is no reason why a person above 18 can't be allowed to choose their religion.

Sushil Chandra has succeeded Sunil Arora as the 24th Chief Election Commissioner of the country. Chandra was elected as the next CEC as he was the senior-most Election Commissioner. He will over see the upcoming assembly polls in Punjab, Uttar Pradesh, Uttarakhand and Manipur.

The Indian Air Force (IAF) has inducted six Light Bullet Proof Vehicles (LBPVs) that can withstand any bullet or grenade attack. The vehicles are expected to enhance the safety and security of the commandos.

6. ESMA invoked in Chhattisgarh, what is it?

The Chhattisgarh government has invoked the Essential Services Maintenance Act (ESMA) due to a major spike in COVID-19 cases in the state. The order prohibits refusal to work in essential services. It applies to all healthcare professionals including doctors, nurses and health workers across all government and private health institutions and sanitation workers.

The central government has permitted Maharashtra-government owned Haffkine Institute to manufacture Bharat Biotech's Covaxin. The move is expected to expedite the production of the vaccine.

The 74th British Academy Film Awards 2021 winners were announced in two ceremonies held in a virtual mode. Nomadland took away major awards including Best Actress, Best Director, and Best Movie and Sir Anthony Hopkins bagged the award of Best Actor for his work in ‘The Father’.

9. US to withdraw all troops from Afghanistan by September 11

The Biden administration has decided to withdraw all of its remaining troops from Afghanistan by September 11, 2021. The deadline is an absolute one and there will be no more extensions post the date. It will also be the 20th anniversary of the 9/11 attacks in the US.

Egypt has announced discovery of a ‘Lost Golden City’ that was buried under the sands in Luxor for the past 3,000 years. The city has been identified by archaeologists as the most significant discovery, after the unearthing of King Tutankhamun’s tomb approximately 100 years ago.