According to Reuters Study, the COVID-19 deaths all over the world have crossed the 4 million mark. 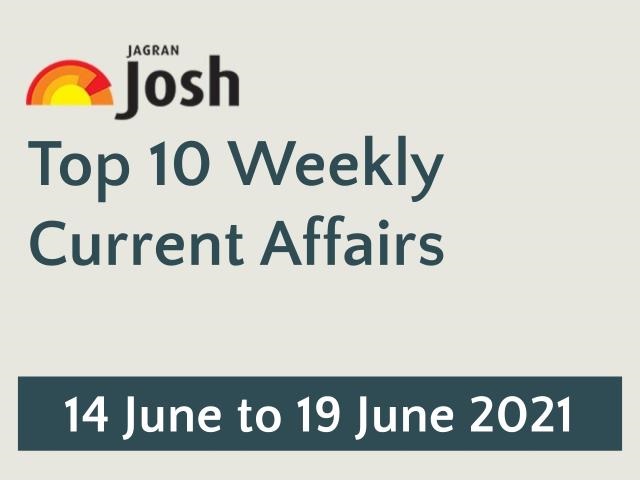 Naftali Bennett, ending the 12-year rule of Netanyahu, has been elected as Israel’s Prime Minister. The 12 member Knesset approved the new coalition government in the country and voted the religious-nationalist as the new premier of Israel.

The cricket team of New Zealand has toppled India to become the number one Test team in the world. New Zealand team achieved the feat after beating England team by 1-0 in the two-match test series. New Zealand has 123 points in Test rankings while India has 121 points.

World’s first wooden satellite to be launched in 2021

Arctic Astronautics, a company of Finland, is all set to send the world’s first wooden satellite into space by the end of 2021. The wooden satellite is a cube-shaped nano-satellite that will help scientists in monitoring how the world reacts to cold, heat, radiation, and the vacuum of space.

Gold hallmarking made mandatory by the government

The Indian Government has made gold hallmarking mandatory from June 16, 2021. According to the Ministry of Consumer Affairs, the process will take place in a phased manner all over the country and will start with 256 districts. The move will help in developing India as a leading global gold market center.

Twitter, a social media giant, has lost immunity in India as the platform failed to comply with the new social media guidelines of the Indian Government. Twitter will no longer be protected under Section 79 of the IT Act and will now be liable for all the content on its platform.

Microsoft’s CEO Satya Nadella has become the new Chairman of the company. Nadella has replaced John Thompson from the position. Earlier in 2014, he had also replaced Steve Ballmer as the Chief Executive Officer of Microsoft.

The first three men crew was launched by China to its new Space Station. This was the country’s first crewed mission in five years. The 3 astronauts traveled in Shenzhou-12 spaceship. It was also the 3rd of the 11 missions required to complete the country’s space station by 2022.

According to Reuters Study, the COVID-19 deaths all over the world have crossed the 4 million mark. As per the study, it took over a year to record 2 million deaths, however, the next 2 million were recorded in just 166 days. Mexico, India, Brazil, the US, and Russia account for about 50% of the deaths.

The third-largest diamond in the world has been found in Botswana, South Africa. The place is also Africa’s largest producer of diamonds. The newly found diamond weighs a little less than the second-largest diamond Lesedi La Rona and the largest Cullinan diamond.