The free COVID-19 vaccination policy of the Central Government has started. Under it, any adult aged 18 years or above will be vaccinated for free at any government facility. 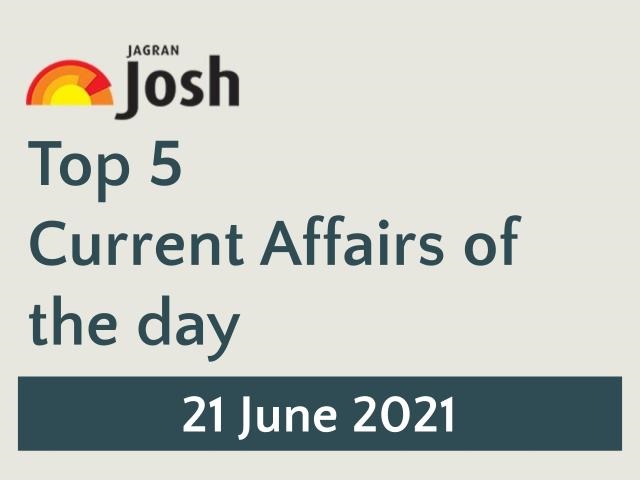 Ebrahim Raisi, Iran’s ultra-conservative cleric and judiciary chief, has been elected as the 8th President of the country. As per Iran’s Interior Ministry, Ebrahim Raisi won 61.95% of the vote during the Presidential elections in the country. The new President will take up office in early August 2021, replacing the moderate President Hassan Rouhani.

The free vaccination policy of the Central Government has started on June 21, 2021. Under it, any adult above aged 18 years or above will be vaccinated for free at any government facility. The Government will procure 75% of COVID-19 vaccines and give them to states for free distribution to all eligible citizens.

Hydrogen Task Force launched by India and the United States

The United States and India have launched a Hydrogen Task Force under their Strategic Clean Energy partnership in order to boost India’s energy security efforts. The Hydrogen Task Force will represent the government and industry stakeholders. It will also study innovative policy options, assess technology status and make recommendations.

The Indian Government has appointed Aashish Chandorkar as ‘Counsellor’ in India’s Permanent Mission in World Trade Organisation for three years. It will be the first time that a private person has been appointed to the mission. Aashish Chandorkar is the co-founder of Bengaluru-based think tank Smahi Foundation of Policy and Research.