Union Budget 2021 to go paperless for first time since Independence

The Budget will be like never before and will be delivered in a paperless format. No hard copies of the Budget 2021 will be printed due to the COVID-19 pandemic. 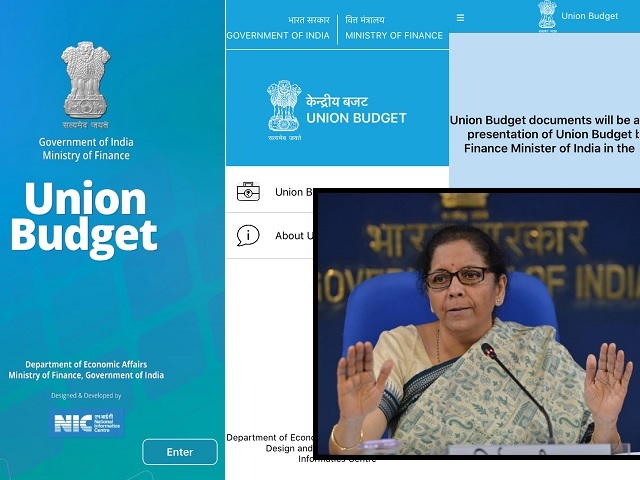 The Union Budget 2021 will go paperless this year for the first time since India's Independence. The Budget will be like never before and will be delivered in a paperless format. No hard copies of the Budget 2021 will be printed due to the COVID-19 pandemic.

The Finance Ministry has launched the 'Union Budget app' to enable smooth access to Budget-related documents. The app can be easily downloaded from the app store in both Android and Apple smartphones. All documents will be available for download after the Finance Minister's speech at the Parliament.

The Union Budget is printed every year in the finance ministry's in-house press, involving around 100 employees of the ministry who have to stay together for almost 15 days till the papers are printed, sealed and delivered on the day of the Budget.

The tradition will not be followed this year for the first time, taking into consideration the Covid-19 pandemic and the peak in the number of cases again. The government has decided to share soft copies of the Budget instead.

• The Budget papers including both the Union Budget and Economic Survey will not be printed and soft copies will be provided.

• All members of the Parliament will receive the soft copies of the Union Budget.

• In a significant development, the Finance Ministry launched the ‘Union Budget’ app during the symbolic ‘Halwa Ceremony to enable users to easily download and access budget documents.

• This is not the first time that there would be a change in tradition in the budget presentation under Finance Minister Nirmala Sitharaman.

• She had previously done away with the colonial-era tradition of carrying Budget papers in a briefcase and introduced the Budget 'Bahi Khata' or a ledger, enclosed in a red cloth folder and tied with a string.

The Union Budget 2021-22 will be officially presented today by finance minister Nirmala Sitharaman. The Budget session of the Parliament began on January 29th with the President's joint address to the Parliament and will conclude on April 8, 2021.

The Budget session will be held in two phases, first from January 29-February 15 and second from March 8- April 8. This is the first sitting of the parliament after the monsoon session of 2020, as the winter session of the parliament was cancelled due to rising cases of COVID-19 in the country.