The 72-year-old has been serving as the Secretary General of the United Nations since 2017. His main agenda has been conflict resolution. 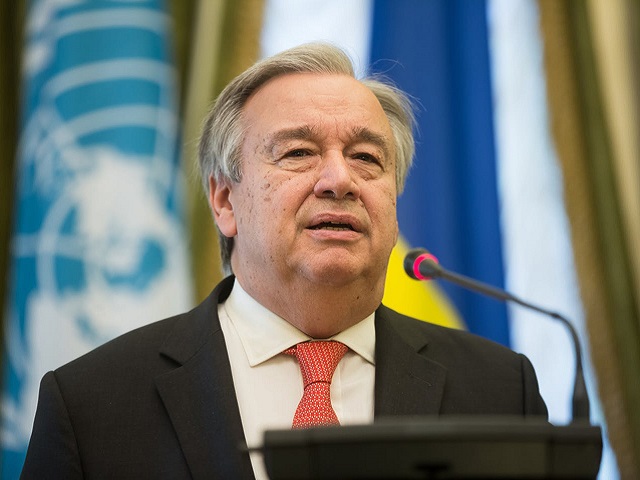 UN Secretary General Antonio Guterres has won support from the UN Security Council, which voted on June 8, 2021 to grant him a second five-year term in the office.

The 72-year-old has been serving as the Secretary General of the United Nations since 2017. His main agenda has been conflict resolution. During his term, he struggled to forge diplomatic compromises amid deepening rifts between the US and its key rivals, Russia and China.

Another one of his key focuses have been uniting the world behind efforts to combat climate change and environmental collapse.

• Guterres faced no competition for a second term in office. Though about 10 other people had sought the position, they were not formal candidates because none of the 193 UN member states endorsed them.

• The Security Council voted unanimously during a brief closed-door session on June 8th to recommend that the UN General Assembly give Guterres another term. This was informed by UNSC's current president, Estonian ambassador Sven Jurgenson.

• The approval from the General Assembly is seen as a formality and is expected to take place soon.

• Guterres will be confirmed for the second term in office after the go-ahead from the UN General Assembly.

• Guterres, during his first term in office, was forced to concentrate on limiting potential damage from the unilateral, nationalist and alliance-wary foreign policy of former US President Donald Trump.

• He will now need a new plan to bring resolution to the multiple crises around the globe. The tensions between the US and Russia have never been thicker than now, especially after both quit the Open Skies Treaty. The US-China relations have also hit a new low with various sanctions from both sides.

• Antonio Guterres took over as the ninth Secretary General of the United Nations on January 1, 2017.

• He is a Portuguese politician, who served as the Prime Minister of Portugal from 1995 to 2002.

• He had served as the secretary-general of the Portuguese Socialist Party from 1992 to 2002.

• He resigned as Portuguese Prime Minister in 2002 after the Socialist Party lost the 2001 Portuguese local elections o the Social Democratic Party, led by José Manuel Barroso.

• Guterres served as the President of the Socialist International from 1999 to 2005.

• He was ranked as the best prime minister of Portugal in the last 30 years in two public polls conducted in 2012 and 2014.