Syed Ishtiaq Ahmed Jaffrey had gained immense popularity for his role of Soorma Bhopali in the popular Bollywood film 'Sholay'.

Veteran Bollywood actor and comedian Jagdeep passed away on July 8, 2020. He was 81. His original name was Syed Ishtiaq Ahmed Jaffrey. He was the father of popular comedian Javed Jaffrey.

The late actor had gained immense popularity for his role of Soorma Bhopali in the popular Bollywood film 'Sholay'. He had later directed the film 'Soorma Bhopali' with his character as the main lead. Jagdeep has in total appeared in over 400 films. 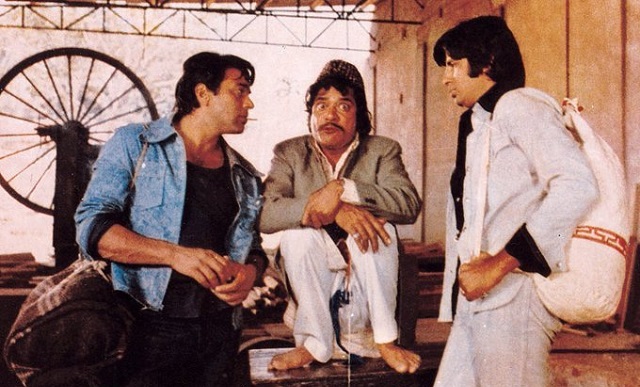 He had also played Salman Khan's father in the iconic Bollywood film 'Andaz Apna Apna' (1994). He had also played Machchar in Purana Mandir, a 1984 film. The actor reportedly passed away due to age related health issues.

Many leading personalities including Delhi Chief Minister Arvind Kejriwal took to Twitter to express their grief and pay their condolences on the sudden demise of the veteran actor.

Jagdeep ji was a great actor and a noble soul. His passing away is a great loss. God bless his soul. Heartfelt condolences @jaavedjaaferi https://t.co/pGgueKJ9UG

Heard the sad news of Jagdeep Saab’s demise. Always enjoyed watching him on screen. He brought so much joy to the audience. My deepest condolences to Jaaved and all members of the family. Prayers for Jagdeep Saab’s soul🙏

Sad to hear demise of the Veteran Actor Jagdeep Sir who entertained us for 7 Decades. My heartfelt condolences to Javed, Naved and the entire Jafri Family & Admirers .RIP 🙏 pic.twitter.com/vnfWEqNDGi

Saddened to hear about Jagdeep Sahab's demise. A Hindi cinemas legendary actor, who’s made us laugh on so many occasion... thank you Sir, you will be in our memories forever. My condolences with his family 🙏@jaavedjaaferi @MeezaanJ

•  Jagdeep had begun his film career as a child artist extra in B R Chopra's film Afsana. He then acted as a child artist in films like Guru Dutt's Aar Paar, Bimal Roy's Do Bigha Zamin, Ab Dilli Door Nahin, AVM's Hum Panchi Ek Dal Ke and K. A. Abbas's Munna. He received high praises for his roles.

•  He acted as the main lead in films including Bharkha, Bindaya and Bhabhi.

•  He established himself as a comedian after the film Brahmachari.