Music Composer Wajid Khan began his career as a singer with Salman Khan-starrer Partner in 2008. He sang the song 'Soni De Nakhre'.

Bollywood Music Composer Wajid Khan of Sajid-Wajid music duo passed away on June 1, 2020. He was 42. Wajid was reportedly suffering from kidney ailments. As per reports, he was also diagnosed with COVID-19.

Wajid Khan had reportedly been admitted to Mumbai's Kokilaben Dhirubhai Ambani Hospital late on May 31 and was kept on ventilator. The news of his death was confirmed through a tweet by fellow Music Composer Salim Merchant, who tweeted saying "devastated with the news of the passing away of my brother Wajid of Sajid -Wajid fame. It’s a huge loss to our fraternity. I’m shocked & broken ."

Devastated with the news of the passing away of my brother Wajid of Sajid -Wajid fame. May Allah give strength to the family 🙏 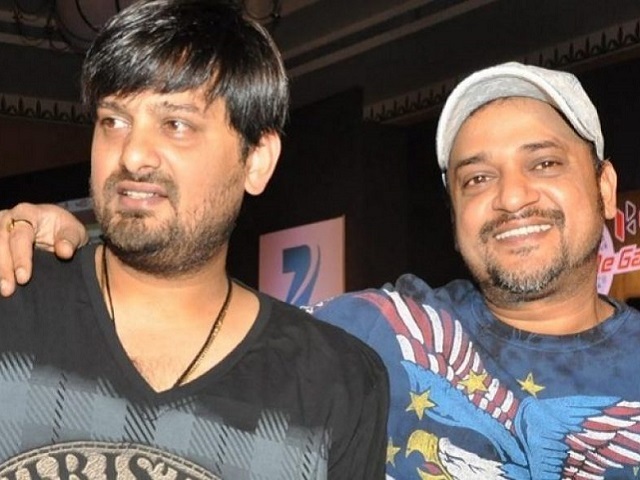 •  The popular music duo, Sajid-Wajid, had made their Bollywood debut with Salman Khan's hit film Pyaar Kiya Toh Darna Kya in 1998. Wajid Khan began his career as a singer with Salman Khan starrer Partner in 2008.

•  They also composed music for many other renowned films including Housefull 2, Rowdy Rathore, Bullet Raja, Grand Masti and Satyameva Jayate to name a few.

•  They had also composed the title tracks for the reality television show Big Boss season 4 and 6.

The Bollywood film fraternity took to twitter to mourn the untimely death of Wajid Khan. Following are some of the tweets:

Terrible news. The one thing I will always remember is Wajid bhai's laugh. Always smiling. Gone too soon. My condolences to his family and everyone grieving. Rest in peace my friend. You are in my thoughts and prayers.@wajidkhan7

Heartbroken. Both @SajidMusicKhan and @wajidkhan7 have been close & true friends. The kind who might see the light on and show up at our studio in the middle of the night just to meet and talk and share a laugh. Can't believe Wajid and I will never speak again.

I’m shocked!! I’ve lost a dear brother Wajid! I can’t come to grips with this tragic news... He was such a beautiful soul..

May Allah SWT bless him in Jannat-ul-Firdaus...Ameen. 🤲

Celebrated music composer #WajidKhan of the duo Sajid-Wajid passes away at 42. He was suffering from COVID-19. pic.twitter.com/F6NwF1YMYg

Wajid Bhai you were the nicest, nicest nicest man! Always smiling. Always singing. All heart. Every music session with him was memorable. You will truly be missed wajid bhai. 🧡🧡 #WajidKhan