The Chief Minister had taken a huge risk by switching her constituency this time to Nandigram, as though it was a TMC stronghold, it was known to be a strong area for the Adhikari family. 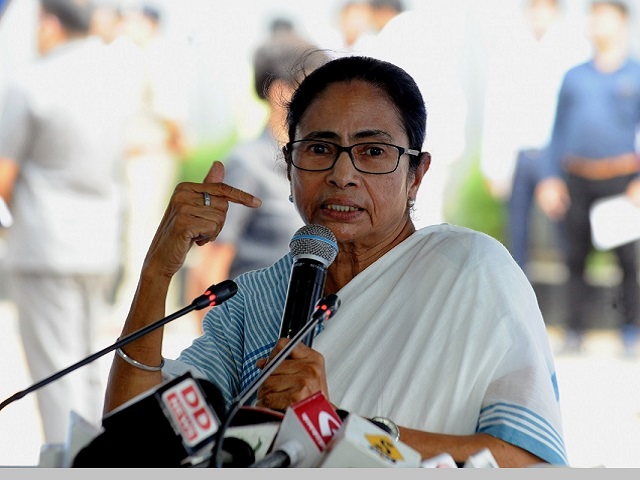 West Bengal Chief Minister Mamata Banerjee has decided to contest by-election from the Bhawanipore Assembly Constituency. This was informed by Trinamool Congress (TMC) leader on May 21, 2021.

The incumbent MLA, senior Trinamool Congress leader Sobhandeb Chattopadhyay resigned from the Bhawanipore seat on the same day. The Chief Minister has won twice before from the seat.

Speaking on his resignation, Chattopadhyay said that CM Mamata Banerjee has won twice from Bhawanipore and all party leaders discussed and when he heard she wants to contest from here, he thought he should vacate his seat. He said that there was no pressure. He further added that nobody else has the courage to run the government and it was her seat, he was just protecting it.

What happened at Nandigram?

•While TMC Chief Mamata Banerjee clinched a landslide win in the West Bengal State Assembly Elections 2021 with her party winning 213 seats on May 2, 2021, she lost her battle in Nandigram constituency against TMC turncoat Suvendhu Adhikari, who was contesting from the constituency on a BJP ticket.

•The Chief Minister had taken a huge risk by switching her constituency this time to Nandigram, as though it was a TMC stronghold, it was known to be a strong area for the Adhikari family.

•The result of the Nandigram constituency was not clear for a long time, as initially the Election Commission declared Mamata Banerjee as the winner but then later retracted its statement saying that Suvendhu Adhikari was actually the winner.

•Then the commission said that some votes still needed to be counted and finally Suvendhu Adhikari was only declared winner from the constituency with a lead of 1956 votes. Though the TMC had contested the result and asked for a recount, the EC had rejected the party's appeal.

Bhabanipur Vidhan Sabha constituency, which is also known as Bhawanipore, is Chief Minister Mamata Banerjee's old constituency seat. She had won from this seat first time in 2011, breaching the Left Baston and had won it again in 2016.

In the West Bengal State Elections 2021, she had fielded Sovandeb Chattopadhyay from the seat against BJP’s Rudranil Ghosh and Shadab Khan of Congress. Chattopadhyay won the constituency with a margin of 28719 votes.

Mamata Banerjee was sworn in as West Bengal's Chief Minister for the third consecutive time on May 5, 2021. She has to be elected as a member of the state assembly within six months to keep her Chief Ministerial post.

As per Constitution's Article 164 (4), a minister who is not a member of the legislature of the state for any period of six consecutive months shall at the expiration of that period cease to be a minister.