Who are Taliban? What is their ideology and What do they want? – Afghan Crisis Decoded

The Taliban refers to itself as the Islamic Emirate of Afghanistan. The Taliban have clarified that they want to form an “inclusive, Islamic government” in Afghanistan along with other factions.

The Taliban took over Afghanistan's capital Kabul on August 15, 2021, almost 20 years after they were driven out of power by US-led NATO troops.

The Taliban had previously ruled Afghanistan from 1996 to 2001, during which they had imposed a strict Islamic law in the country.

The insurgent group retook control after the capital city fell following the surrender of Afghan troops and escape of Afghanistan President Ashraf Ghani to Tajikistan. The Taliban's advances became bolder with the complete withdrawal of the US troops, marking an end to America's 20-year-long war.

Who are the Taliban?

•The Taliban refers to itself as the Islamic Emirate of Afghanistan. The Taliban is a Deobandi Islamist movement and military organization in Afghanistan.

•The Taliban then largely consisted of students (talib) from the Pashtun areas of eastern and southern Afghanistan who had been educated in traditional Islamic schools.

•Under the leadership of Mohammed Omar, the Taliban movement spread throughout most of Afghanistan during the Afghan-Soviet war and successfully drove out the Russians in 1992 after the fall of the Soviet-backed regime of Mohammad Najibullah.

•The Soviet Union had intervened and occupied Afghanistan in 1979. Following this the Islamic mujahideen fighters had engaged in war with those Soviet forces.

•The Taliban had held power over roughly three-quarters of Afghanistan from 1996 to 2001.

•The Taliban had established the Islamic Emirate of Afghanistan in 1996 and the Afghan capital was transferred to Kandahar, the birthplace of the Taliban.

•The military goal of the Taliban during the period was to return the order of Abdur Rahman (the Iron Emir) by the re-establishment of a state with Pashtun dominance within the northern areas.

•They held control of most of the country until they were overthrown during the US-led invasion of Afghanistan in December 2001 after the September 9/11 attacks.

•After the invasion, the Taliban regrouped as an insurgency movement to fight the US-backed Hamid Karzai administration and the NATO-led International Security Assistance Force (ISAF) in the War in Afghanistan.

Which countries had recognised the Taliban previously?

Only four countries had formally recognised the Taliban's government in Afghanistan previously and they included Saudi Arabia, the United Arab Emirates, Pakistan and Turkmenistan.

Why are the Taliban so feared?

•During their previous rule, the Taliban had introduced strict punishments in line with their strict interpretation of the Sharia law and this included public executions of convicted murderers and adulterers and amputations for found guilty of theft.

•The Taliban have also been accused for various human rights violations and cultural abuses. They had enforced brutal repression of women, which invited widespread international condemnation. They had forbidden women from being educated, forcing young girls to leave schools and colleges.

•The Taliban had discouraged girls aged 10 and above from going to school. They had also banned music, cinema and television. Women were required to be accompanied by a male relative while leaving their homes and had to wear an all-covering burqa.

•The women who were found to be disobeying these strict rules were publicly beaten.

•Male medics were also prohibited from treating women and girls. There was also a ban on the employment of women. This had also led to the widespread closure of primary schools, as most of the primary school teachers before the Taliban's rise were women.

•The period is considered as the worst for the women in Afghanistan, as they were largely restricted to the boundations of their homes.

•Hence, it is a common fear that with the Taliban's return to power, history will repeat itself and the women in Afghanistan will be subjected to such brutal suppression yet again.

•The Taliban was also accused of providing safe haven to Islamist militants such as al-Qaeda leader Osama bin Laden, which is what led to the US invasion of Afghanistan to remove the Islamist group from power.

What does the Taliban want in Afghanistan now?

•The Taliban have clarified that they want to form an “inclusive, Islamic government” in Afghanistan along with other factions. They are currently holding negotiations with senior politicians, including leaders from the former government.

•The Taliban have pledged to enforce Islamic law but have assured that they will provide a secure environment to enable return to normalcy in the nation after decades of war.

•The Taliban insists that under their latest regime, women would be allowed to work and go to school and foreign journalists would be safe.

• They have announced 'general amnesty' for government officials and have urged them to return to work.

#UPDATES "A general amnesty has been declared for all ... so you should start your routine life with full confidence," says statement from the Taliban, two days after they took power following a lightning sweep through the country pic.twitter.com/knKDIjdCfm

•However, many Afghans who remember the earlier brutal repression of the Taliban distrust the group and fear that it will return to its earlier repressive and authoritarian rule. 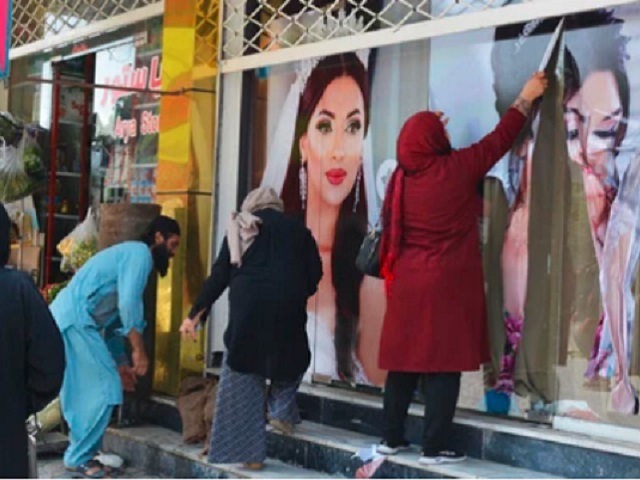 •The Taliban want to rename Afghanistan as Islamic Emirate of Afghanistan, which is what they had called it the last time they ruled. This has raised more fears and the country descended into total chaos after the Taliban took over Kabul.

•People are scared that the Taliban like earlier will carry out revenge attacks against those who worked with the Americans or the government.