What is 3T Cricket Solidarity Cup and its rules?

A new chapter was added to the cricket world on 18 July 2020 when the '3T Cricket Solidarity Cup' was organized by the South Africa Board to raise funds for the Covid-19 pandemic. There are 3 teams played in this cup that is why it is known as 3T cricket. Let us know the rules of 3T cricket in this article.

A similar charity match was played by the South Africa Board on 18 July which has been called the ‘3T Cricket Solidarity Cup. Solidarity in this means the participation and determination of all individuals to deal with COVID 19. The winning team has been given a gold medal in this cup. 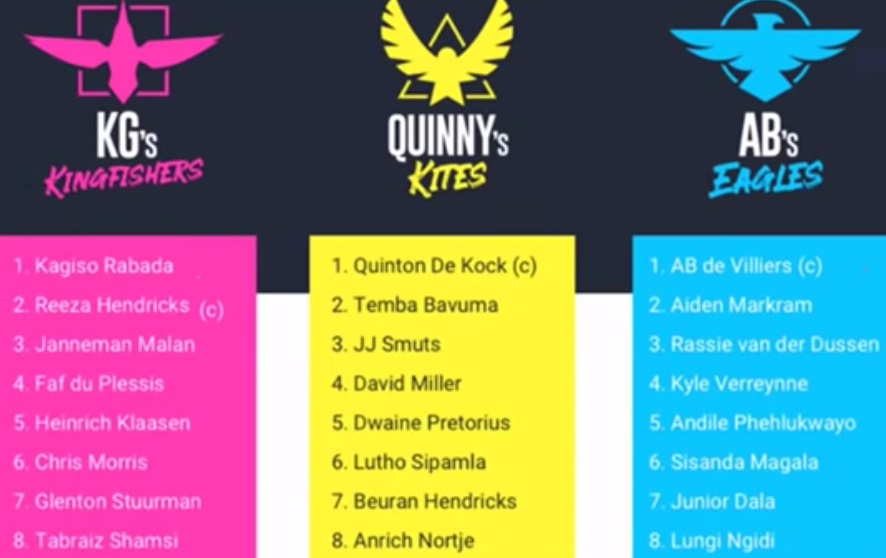 There are three teams that participated in this 3T cup. Namely;

1. There will not be any toss in the match and which team will play at first, second, and the third number will be decided on the basis of a draw.

2. In this match, 24 players from a total of 3 teams will take part, which means there will be only 8 players in one team.

3. There will be only 36 overs of the entire match i.e. every team will get to play 12 overs in an inning.

4. There will be 2 halves in the entire match and each team will play 6 overs in the first half, the remaining 6 overs will be played in the second half i.e. 18 overs will be bowled by 3 teams in each half.

5. A player will be allowed to bowl only 3 overs.

7. This cricket has a different rule which is not applicable in the current cricket. If 7 players from a team are dismissed in the first half and 'one player' remains not out then the not-out batsman resumes the innings in the second half.

How will you decide to win the match?

Possibility 1:- If all three teams have made the equal scores, then all three will be declared winners and will be awarded a gold medal.

Possibility 2:- If two teams have scored 150-150 and one team has 100 then what will happen?
In such a situation a super over will be played between the teams with equal scores and the team with more runs in super-over will win the match.

So here was some information about the 3T cricket rule. We hope you would have liked this new format.