All about Pakistan's Shaheen III Missile 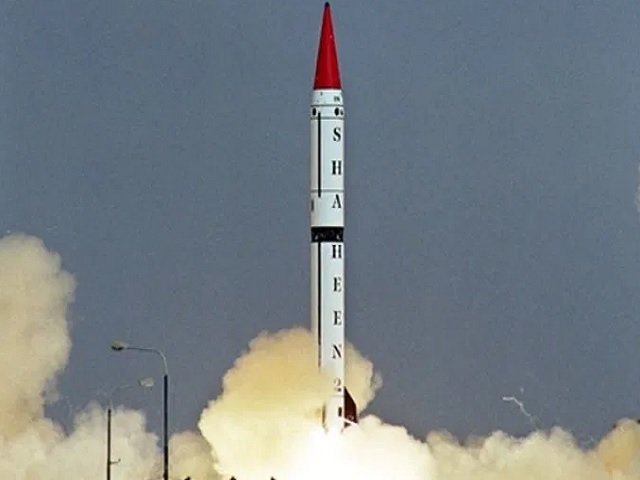 Pakistan has recently tested the Shaheen III missile. It was test-fired from Rakhi area of Dera Ghazi Khan. Know all the details about the missile below:

Controversy on the Launch

The Baloch Republican Party, which happens to be one of the most influential political parties in the Balochistan, took to Twitter to inform about the Pakistan Army’s most recent test of the Shaheen-III missile. They said it was fired from Rakhi area of Dera Ghazi Khan but landed at the civil populated area of Dera Bugti’s Matt region.

The Baloch Republican Party also said that the security forces had evacuated all their posts in the area last night, but the missile was detonated in the presence of civilians in the area. The blast destroyed many houses and injured several people.

Pakistani army turned Balochistan into a laboratory.
Army has tested Shaheen 3 missile which was fired from Dera Ghazi Khan & landed on civilian areas of Matt, Dera Bugti. The missile was tested in the presence of civilians, destroying dozens of homes & injuring several

As per social media reports, there were several injuries in the testing of Shaheen 3. The injured were not yet taken to hospital for treatment as per Bugti.

Security forces had evacuated all their posts in the area last night, but the missile was detonated in the presence of civilians in the area. The blast completely destroyed many houses and injured several people.

The development of Shaheen III was initiated secretly in the early 2000s after India's Agni-III was test-fired. Shaheen was tested in 2015 successfully with 2750 km range. It could enable the missile to reach all corners of India and also was informed to reach deep into some parts of North Africa.

As per a former Director-General of Pakistan's Strategic Plans Division, the missile is “designed to reach Indian islands so that India cannot use them as strategic bases to establish a second-strike capability.”

What is a Ballistic Missile?

Ballistic missiles are usually powered through rockets at first and then they follow an unpowered, free-falling trajectory that leads them to their targets.

They are classified by the maximum distance that they can travel, which is a function of how powerful the missile’s engines (rockets) are and the weight of the missile’s payload. Ballistic missiles are classified into short-range, medium-range, and long-range rocket-propelled vehicles that can deliver nuclear or conventional weapons

Solve today's GK Quiz based on current and static events

What kind of missile is Shaheen III?

Shaheen III is a ballistic missile test-fired by Pakistan

Does Pakistan have a hydrogen bomb?

Although the news was spread earlier of such a bomb being made, the scale of the tests conducted by Pakistan has been disputed

Which is the best missile of Pakistan?