Dr. A.P.J. Abdul Kalam was the former President of India and a noted Indian scientist. He was also associated with India's Space and Missile Development Program, hence known as Missile Man of India. 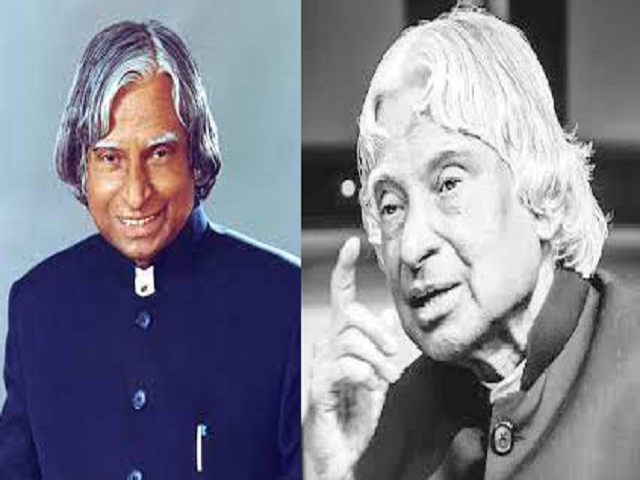 Dr. APJ Abdul Kalam was born on 15 October, 1931, at Rameshwaram in Tamil Nadu and died of cardiac arrest on 27 July, 2015 at the Indian Institute of Management in Shillong while giving a lecture.

Explanation: Dr. A.P.J. Abdul Kalam was born in Dhanushkodi, Rameswaram, Tamil Nadu, India on 15 October 1931. He was born in a Muslim Family.

Explanation: Wheeler Island, located in Odisha, is currently known as Dr. Abdul Kalam Island. The island is located off the coast of Odisha, approximately 150 kilometers east of the state capital Bhubaneshwar.

4. Which of the following book is not written by Dr. A.P.J. Abdul Kalam?
(a) Failure to Success: Legendary Lives
(b) You Are Born to Blossom
(c) Ignited Minds
(d) A House for Mr. Biswas‎

Explanation: A House for Mr. Biswas was written by V. S. Naipaul in 1961. The rest of the books mentioned above were written by Dr. A.P.J. Abdul Kalam.

5. Which of the following statement is NOT correct about Dr. A.P.J. Abdul Kalam?
(a) Dr. Abdul Kalam received the Bharat Ratna in 2007
(b) Dr. Abdul Kalam died on 17 July 2015 (aged 83) in Assam, India
(c) India 2020: A Vision for the New Millennium was written in 1998.
(d) Kalam worked at the Defence Research and Development Organisation

6.  Which of the following award is not given to Dr. A.P.J. Abdul Kalam?
(a) Padma Bhushan
(b) Padma Vibhushan
(c) Shanti Swaroop Bhatnagar
(d) Bharat Ratna