Three-time MLA from Shiggaon in North Karnataka and son of former Karnataka Chief Minister late SR Bommai, Basavaraj Bommai, was sworn in as the 23rd Chief Minister of Karnataka in a ceremony held at 11 a.m. at Raj Bhawan today by Governor Thawar Chand Gehlot. Let us have a look at his early life, education and political career below. 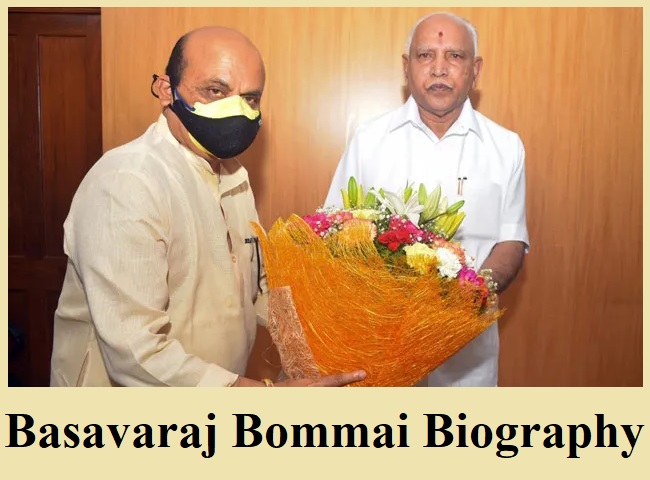 He was appointed on 27 July 2021 by the party's high command as the Legislative Party Leader after former Karnataka Chief Minister BS Yediyurappa tendered his resignation to Governor Thawar Chand Gehlot.

After taking the oath for the Chief Ministerial post, Basavaraj Bommai said that the floods and COVID-19 pandemic are on the priority list of his government. Furthermore, he will continue working for the upliftment of the poor, farmers and the health care system.

Through this article, let us have a look at his early life, education and political career.

Born on 28 January 1960, Basavaraj Bommai is the son of former Karnataka Chief Minister S.R. Bommai and Gangamma. He was born in Hubli, Mysore State (present-day Karnataka).

He is a graduate in Mechanical Engineering from B.V. Bhoomaraddi College of Engineering and Technology (now KLE Technological University). Bommai started his career with Tata Group and went on to become an agriculturist and an industrialist.

Basavaraj Bommai was elected as a member of the Karnataka Legislative Council twice from Dharwad local authorities constituency-- first in 1998 and then in 2004.

From 1999-2000, he served as the Political Secretary to former Karnataka Chief Minister JH Patel and was the Deputy Leader of the Opposition in the Karnataka Legislative council.

In February 2008, he left Janta Dal (United) and joined  Bharatiya Janata Party. The same year he was elected to Karnataka Legislative Assembly from the Shiggaon constituency.

In the fourth Yediyurappa ministry, he held several ministerial portfolios such as Home Minister, Law and Parliamentary Affairs Minister, and Cooperations Minister.

He is married to Chennamma and the couple has a son and a daughter. Basavaraj Bommai hails from the Banajiga sub-sect of the politically influential Lingyat community. His wife is a homemaker. His net worth is around 4 crores. His hobbies are reading, writing, playing Golf, and Cricket. His native address is No. 52, Adarsh Nagar, Hubli, Dharwad District.

What is the educational qualification of Karnataka Chief Minister Basavaraj Bommai?

Karnataka Chief Minister Basavaraj Bommai is a graduate of Mechanical Engineering from B.V. Bhoomaraddi College of Engineering and Technology (now KLE Technological University). Before entering into politics, he worked with Tata Group and went on to become an agriculturist and an industrialist.

India's first 100% piped irrigation project was implemented at Shiggaon in the Haveri district of Karnataka. Karnataka CM Bommai is credited for implementing it during his stint as Minister of Water Resources of the state.

Who is the 23rd Chief Minister of Karnataka?

Basavaraj Bommai is the current and 23rd Chief Minister of Karnataka. He succeeded BS Yediyurappa.
Comment ()