Chandra Shekhar Azad: Son of 'Swatantrata' living in 'Jail'- Facts you did not know about Azad

Chandra Shekhar Azad was the Indian Revolutionary who is known for his rebellious nature and his choice of death. On July 23, his birth anniversary is observed. Let us know some facts about Azad which people may not know.

"If yet your blood does not rage, then it is water that flows in your veins. For what is the flush of youth, if it is not of service to the motherland?" These are the words and feelings of Chandra Shekhar Azad. Today on his birth anniversary, Jagran Josh brings you some insights not many people in the world know about him. 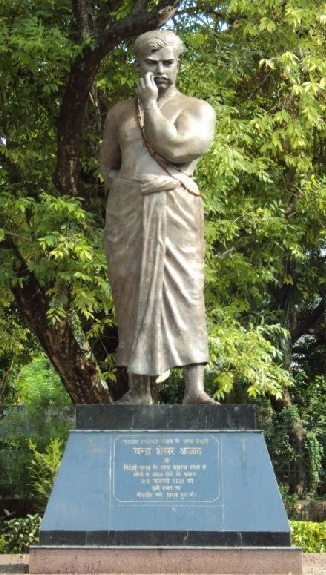 Chandra Shekhar Azad: Facts no one knows about him

Here are some mind boggling details about Azad no one knows

Azad supported violence in the freedom struggle. He was of the opinion that if violence can win freedom so be it. This became his viewpoint after the Jallianwala Bagh tragedy happened.

He died on February 23, 1931, when the police hit him on his right thigh and made it difficult for him to escape. He had just one bullet in his gun so he shot himself to justify his name Azad who never got caught.

Who is Chandrashekhar Azad of Bhim army?

When was Chandra Shekhar Azad born?

What was the first punishment for Chandra Shekhar Azad?

The British judge gave Azad 15 whiplashes as his first punishment at the age of 15.

Why did Chandrashekhar Azad shoot himself?