The 132nd birth anniversary of Prof. C.V. Raman is celebrated on 7 November, 2020. He was a Physicist, Nobel laureate, and Bharat Ratna recipient who was instrumental in India’s growth in the field of science and Physics. Let us read more about him, his childhood days, education, family, discoveries, awards, and achievements. 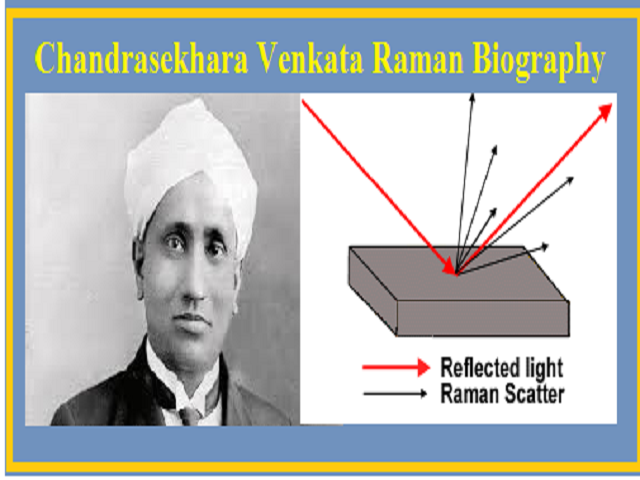 Dr. C.V Raman's full name is Dr. Chandrasekhara Venkata Raman. His contribution to science and innovative research helped India and the World. He was born on 7 November, 1888 in Tiruchirappalli, Tamil Nadu. His father was a lecturer in Mathematics and Physics. At a young age, he was exposed to an academic environment.

He discovered the Raman Effect and won a Nobel Prize in Physics for the discovery. Every year on 28 February, National Science Day is celebrated to pay tribute to the Nobel Laureate Dr. C.V. Raman.

Dr. C.V. Raman was born on 7 November, 1888 in a South Indian Brahmin family in Tiruchirappalli, Tamil Nadu. His father's name was Chandrasekhara Ramanathan Iyer who was a lecturer in Mathematics and Physics in a college in Vishakhapatnam. His mother's name was Parvathi Ammal. C. V. Raman was an intelligent and brilliant student since his early childhood. At the age of 11, he passed his matriculation and 12th class at the age of 13 with a scholarship. In 1902, he joined the Presidency College and received his graduate degree in 1904. At that time, he was the only student who received the first division. He has done his Master's in Physics from the same college and broke all the previous records.  In 1907, he married Lokasundari Ammal and had two sons namely Chandrasekhar and Radhakrishnan.

Because of his father's interest, he appeared for the Financial Civil Services (FCS) examination and topped it. In 1907, he went to Calcutta (now Kolkata) and joined as Assistant Accountant General. But in the spare time, he went to the laboratory for doing research at the Indian Association for Cultivation of Sciences. Let us tell you that, his job was very hectic then also he continued his research work at night due to his core interest in science.

Though the facilities available in the laboratory were very limited, he continued his research and published his findings in leading international journals including 'Nature', 'The Philosophical Magazine', 'Physics Review', etc. At that time, his researches were focused on the areas of vibrations and acoustics.

In 1928, he wrote an article on the theory of musical instruments to the 8th Volume of the Handbuch der Physik. He published his work on the "Molecular Diffraction of Light" in 1922 which led to his ultimate discovery of the radiation effect on the 28th February 1928 and gained him to receive Nobel Prize in Physics in 1930. He became the first Indian to receive a Nobel Prize.

Other researches carried out by Dr. C.V. Raman were: Diffraction of light by acoustic waves of ultrasonic and hypersonic frequencies and effects produced by X-rays on infrared vibrations in crystals exposed to ordinary light.

In 1948, he also studied the fundamental problems of crystal dynamics. His laboratory has been dealing with the structure and properties of diamond, and the structure and optical behaviour of numerous iridescent substances like pearls, agate, opal, etc.

He was also interested in the optics of colloids, electrical and magnetic anisotropy, and the physiology of human vision.

No doubt, he was honoured with a large number of doctorates and memberships of scientific societies. In 1924, he was also elected as a Fellow of the Royal Society early in his career and was knighted in 1929.

As briefly described that he is best known for discovering the 'Raman Effect' or the theory related to the scattering of light. He showed that when light traverses a transparent material, some of the deflected light changes its wavelength.

- He was awarded the Bharat Ratna in 1954, the highest civilian award in India.

- The American Chemical Society and the Indian Association for the Cultivation of Science in 1998 recognised Raman's discovery as an International Historic Chemical Landmark.

- On 28 February every year, India celebrates National Science Day to commemorate the discovery of the Raman Effect in 1928 in his honour.

In 1970, he received a major heart attack while working in the laboratory. He took his last breath in the Raman Research Institute on 21st November, 1970.

Dr. C.V. Raman was one of the great legends from India whose hard work and determination made India proud and became the first Indian to receive a Nobel Prize in Physics. He proved that, if a person really wants to pursue his/her desires nobody can stop. His interest in science and dedication towards research works made him discovered the Raman Effect. He will always be remembered as a great Scientist, Physicist, and Nobel laureate.

How the Gravitational Force holds the Solar System together?