What are Defence Corridors? 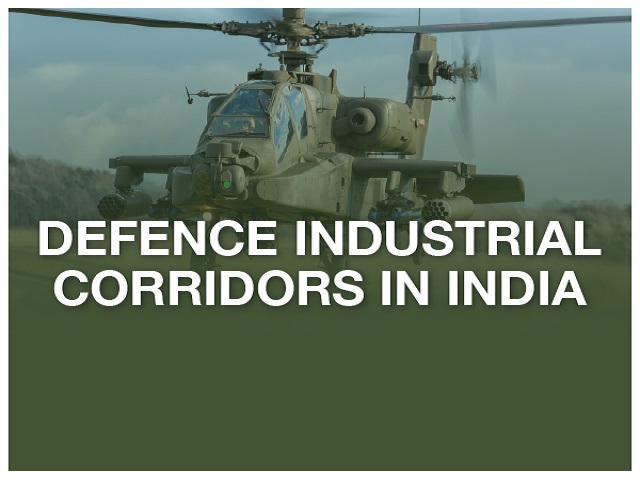 India is one of the top 5 military spenders and one of the emerging defence manufacturing hubs in the world. In order to support the growth of the defence sector and enhance the manufacturing capacity, two Defence Industrial Corridors have been set up in India, one in Uttar Pradesh and another in Tamil Nadu by the Central Government.

On 26 July 2021, the Ministry of Defence informed Rajya Sabha about the land acquisition for the two Defence Industrial Corridors. The lands in both the states at the identified nodes have been acquired for DICs. The information was shared by MoS Defence Ajay Bhatt in a written reply to SP leader and Rajya Sabha MP Rewati Raman Singh.

As of 19 July 2021, the total investment made by the Public/private sector in the UPDIC and TNDIC is Rs.1236.10 crore and Rs.2252.28 crore respectively.  The production of armament/ammunition, components of aerospace industries, missile systems, and establishment of research & development facilities has been envisaged in the two DICs.  Since the two DICs are in formative stages, it may not be possible to assess the number of likely employment.  However,  as per present estimates reported by the respective State Governments based on MoUs signed by them with the Industries, the UPDIC has the potential to generate employment for more than 16,700 persons, and the TNDIC has the potential to generate employment for 25,000 persons in the coming years.

Uttar Pradesh Defence Industrial Corridor is being set up by the Uttar Pradesh Expressways Industrial Development Authority (UPEIDA). It consists of the following six nodal points: 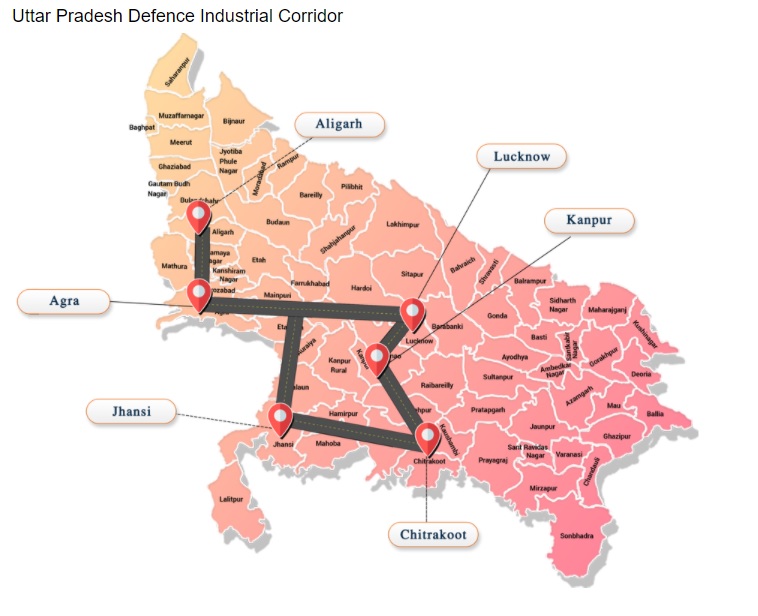 As per the official sources, Plug and Play support will be provided to the industries in the corridor having the below-mentioned facilities:

5- Simple procedures and rationalised regulatory regime with easy reimbursement of incentives and subsidies.

Tamil Nadu Defence Industrial Corridor is being set up by the Government of Tamil Nadu. It consists of the following five nodal points: 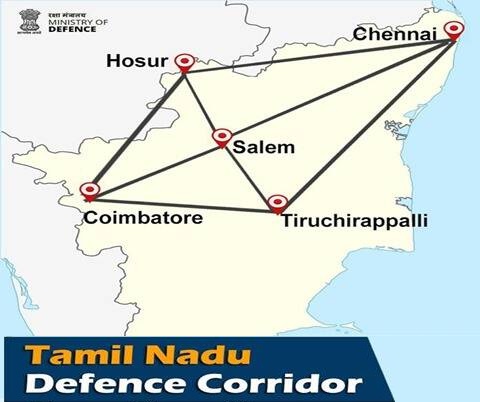 Tamil Nadu has the below-mentioned strategic advantages, making it a suitable destination for the defence sector:

3- It is a power surplus state with a renewable energy capacity of 11,113 MW.

4- The capital city Chennai is connected with the world via three submarine cables providing a bandwidth of 14.8 Tbps.

5- It is the largest recipient of Korean Foreign Direct Investment (FDI) to India.

The establishment of the DICs aims at providing a fillip to the defence manufacturing ecosystem through synergistic development of technologies, promote the growth of private domestic manufacturers, including MSMEs and Start-Ups.  At present, both DICs are in their formative stages.

Along with promoting Make in India campaign, the Defence Industrial Corridors will catalyse indigenous production of defence and aerospace-related items, thereby reducing our reliance on imports and promoting exports of these items to other countries.

The joint efforts of the Government of India and several private players will help India in realising its goal of self-reliance in defence, generate direct and indirect employment opportunities and spur the growth of private domestic manufacturers, Micro Small and Medium Enterprises (MSMEs) and Start-ups.

What is Innovations for Defence Excellence (iDEX) and what are its objectives?