Sterostet, India's first stethoscope sterilizer has been designed and developed by Xech. Know the features, design and other details here 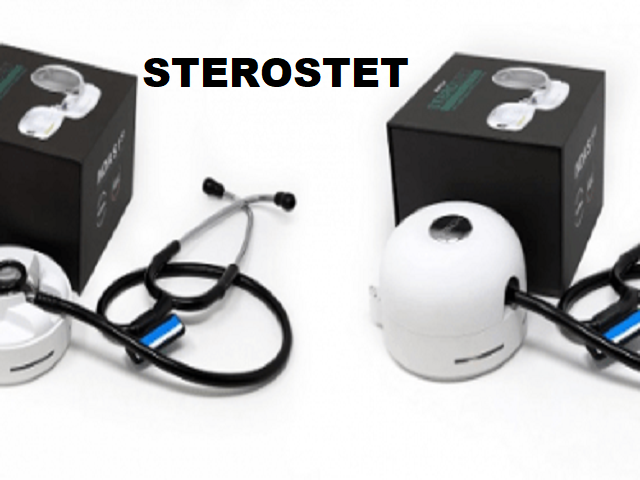 XECH is India’s emerging innovator brand which has launched Xech Sterostet. This is one of its kind, India’s first Stethoscope Sterilizer. The machine which uses a special UV-C GI Technology to sterilize stethoscopes diaphragms of all sizes. The purity level is 99.99%.

What is a Stethoscope?

The stethoscope is an acoustic medical device that is used for auscultation. This means it finds its usage in listening to internal sounds of an animal or human body.

It is the most commonly used instrument in any medical environment. The machine finds its usage from private clinics to general wards in hospitals.

Need of the invention:

As per the latest studies by WHO, Healthcare-Associated Infections (HAI), or nosocomial infections, affect many patients. The diaphragms of stethoscopes randomly sampled in healthcare facilities/centres were found to be contaminated by nosocomial pathogens spread there. Xech had started its research for SteroStet around two years ago.

Now due to the pandemic COVID19 it was all the more necessary to have a stethoscope that can be sterilized.

SteroStet is a device that effectively sterilizes a stethoscope diaphragm without using any chemicals or liquids and preserves the longevity of the expensive medical apparatus.

The Xech SteroStet is tested in a NABL approved laboratory. It can be sterilised against S. Aureus, E.coli & Candida. Here they found log 6 reductions making it 99.9999% effective.In this need of the hour, Xech's stethoscope sterilizer is a boon.

Know more about Status of Mental Health in India here

Stethoscope was invented by the French physician R.T.H. Laënnec in 1819

SteroStet is a stethoscope sterilizer designed by Xech.

Which company has designed sterostet?

SteroStet has been designed and developed by Xech

What is a stethoscope used for?