Ramoji Film City in Hyderabad is the largest integrated film city in the world. Read the article below to find out top 5 film cities in India. 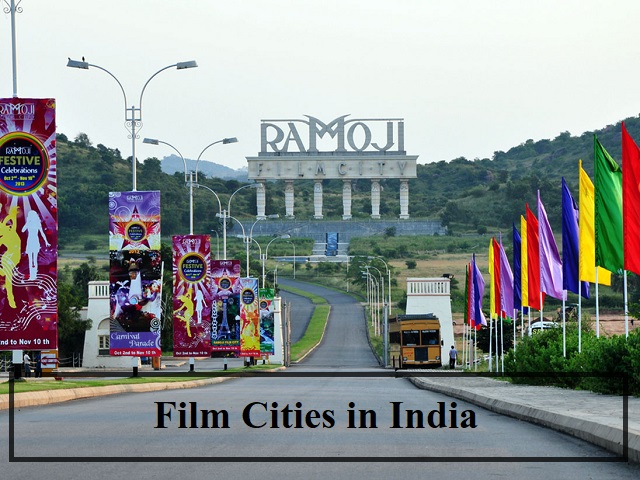 Film shooting is one of the major areas of film production. The shooting locations are chosen carefully to match the project requirements. Many times, varieties of readily available shooting sets are used to shoot certain movie scenes. In this article, we have provided the top film cities in India.

(a) It is an integrated film city spread over 1666 acres of land.

(b) It is built by Telugu Film Producer Ramoji Rao in the year 1996.

(d) The tourists can visit the film sets, theme parks, amusement rides, and so on.

(f) Ramoji Film City has 'Bahubali' set, Railway station set of 'Chennai Express' and so on.

(a) It is an integrated film studio complex situated near Sanjay Gandhi National Park and is also known as Dadasaheb Phalke Chitra Nagari.

(b) It was built by the State Government of Maharashtra to provide facilities and concessions to the film industry in the year 1977.

(d) It is spread over 520 acres of land in the suburbs of Mumbai.

(e) The Mumbai Film City has around 42 outdoor shooting locations and 16 studios of various sizes.

(f) Mumbai Film City has been the shooting location for almost all Bollywood films and has several shooting locations such as temple, prison, court, lake, mountains, fountains, villages, picnic spots, garden and even a man-made waterfall.

(a) It is located on the outskirts of the city of Bengaluru.

(c) The film city also has a number of museums like Fossil Museum, Wax Museum, Tribal Museum and Oddities Museum.

(e) Noida Film City has served as the shooting location for many Bollywood films, TV serials, and other shows aired on various TV channels.

(a) It is an integrated film studio complex in Taramani, Chennai.

(b) It was established in the year 1994 to attract filmmakers and tourists.

(e) It has numerous sets built on various themes to serve as scenery for movies.