In February, various important national and international days, events, festivals are celebrated and some of them are observed with a particular theme to raise awareness among people. 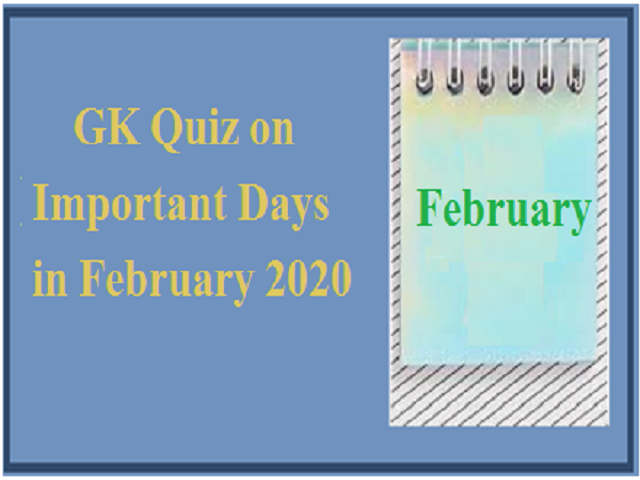 February is the second month of the year and in 2020 it has 29 days that is one more day to celebrate and enjoy. This article consists of questions and answers focusing on important events or days that occur in February 2020. It will enhance knowledge and also help to remember for competitive examination.

2. Which of the following are international days celebrated in February 2020?
A. Rheumatoid Arthritis Awareness Day
B. Safe Internet Day
C. Darwin Day
D. All the above
Ans. D
Explanation: All the days mentioned above are celebrated across the world.

Important Days and Dates in February 2020