Greater Male Connectivity Project (GMCP): All you need to know

The Ministry of External Affairs has announced that India will fund the implementation of the Greater Male Connectivity Project with $500 million packages. The project will connect three neighbouring islands-- Villingili, Gulhifahu and Thilafushi. 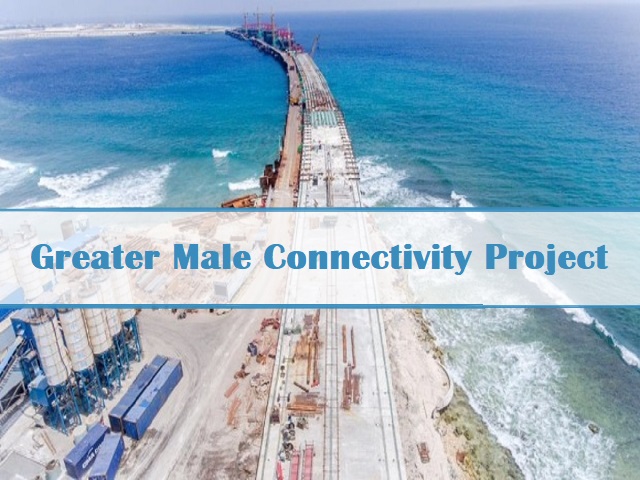 The Ministry of External Affairs has announced that India will fund the implementation of the Greater Male Connectivity Project with $500 million packages. Through this project, Gulhifalhu Port and Thilafushi industrial zone will be connected with a 6.7-kilometre long bridge.

'Once completed, this landmark project will streamline connectivity between the four islands, thereby boosting economic activity, generating employment and promoting holistic urban development in the Male region. Happy to announce the start of regular cargo ferry service between India & Maldives to boost trade & commerce. We're also starting an air travel bubble with the Maldives to sustain & promote the dynamic people-to-people ties between the two countries,' Ministry of External Affairs.

What are the International travel rules released by India and what are the conditions a traveller must follow?

The project will be funded through a 400 million dollar Line of Credit and 100 million dollar grant. The two countries will also start air bubble travel and will resume cargo ferry services, as per S Jaishankar, Minister of External Affairs.

The project will connect three neighbouring islands-- Villingili, Gulhifahu and Thilafushi. It will also boost economic activity, generate employment and will also promote holistic urban development in the Male region.

In addition to this, a regular ferry service between India and Maldives will be started to boost trade and commerce. Also, air transport bubble will start soon to facilitate the passengers between two countries. India has also decided to renew quotas for supply of essential commodities including food items to the Maldives for the year 2020-21.

This project was the election promise by the party of the current President of Maldives, Ibrahim Mohamed Solih.

India was one of the first countries to recognize the Maldives after it gained its independence in the year 1965 and was later established as Male in the year 1972. Apart from ethnic, linguistic, cultural, religious and commercial links, 25,000 Indian nationals are living in the Maldives.

Both India and Maldives are the founding members of SAARC. The Maldives is also a part of India's 'Neighbourhood First' Policy. Similarly, India is a part of 'India First' policy of the Government of Maldives.