Explained: What are Human Rights and what are their types? 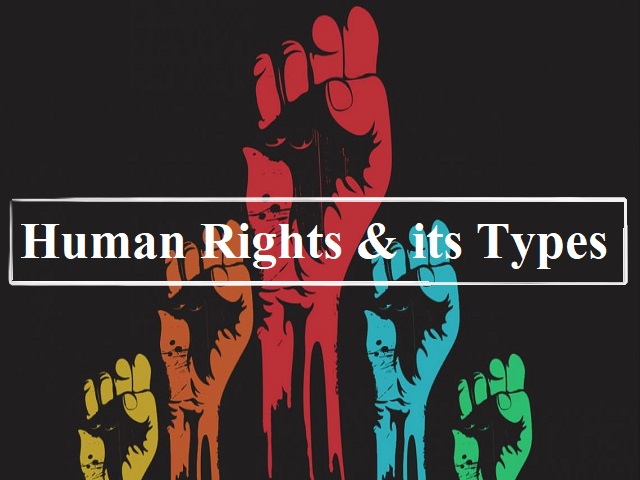 Explained: What are Human Rights and what are their types?

Nelson Mandela rightly said, "To deny people their human rights is to challenge their very humanity." But, what are these rights, who granted them and why do activists fight for them?

What are Human Rights?

In a bid to live with dignity, we humans are entitled to certain basic rights and freedoms. These are not granted by any state but are inherent to us all, regardless of nationality, sex, national or ethnic origin, colour, religion, language, or any other status. The United Nations Human Rights Council (UNHRC) recognises life, liberty, equality and dignity as human rights.

The Universal Declaration of Human Rights (UDHR), adopted by the UN General Assembly in 1948, was the first legal document to set out the fundamental human rights to be universally protected. Even after 72 years, it continues to be the foundation of all international human rights law.

1- Human rights are universal and inalienable. This means that we all are equally entitled to our human rights and they must not be taken away, except in specific situations and according to due process. For instance, a criminal can be denied the Right to Liberty.

2- They are indivisible and interdependent. This implies that one set of rights cannot be enjoyed fully without the other. For instance, if our Social or Civil Human Rights are violated, it will impact other rights as well such as Political or Cultural Human Rights

3- These are equal and non-discriminatory as all human beings are born free and equal in dignity and rights. For instance, one cannot be given priority over others.

Each one of us is entitled to:

To take part in political processes, each one of us is entitled to:

Each one of us is entitled to certain economic human rights:

a. Right to social security
b. Right to work and the right to equal pay for equal work
c. Right to form trade unions
d. Right to rest and leisure
e. Right to food, health and an adequate standard of living

To protect different cultures, customs, and traditions, we are entitled to:

a. Right to participate in the cultural life of the community
b. Right to enjoy the art and to share in the scientific advancement and its benefits
c. Right to the protection of the moral and material interests resulting from any scientific, literary and artistic production of which the individual is the author
d. Right to a social and international order in which the human rights as provided in the Universal Declaration can be fully realized

1- Universal Declaration of Human Rights (UDHR) lists 30 rights and freedoms such as civil and political rights, economic, social and cultural rights. India took an active part in the drafting of the UDHR.

3- Human Rights Council is an inter-governmental body within the United Nations system. It is responsible for promoting and protecting human rights. The Council is made up of 47 Member States elected by the UN General Assembly.

Through its Universal Periodic Review, the Council reviews human rights records of all 192 Member States once every four years. The Office of the High Commissioner for Human Rights (OHCHR) serves as its secretariat.

As guaranteed by the Indian Constitution

The Constitution of India incorporates most of the rights enumerated in the UDHR in two parts-- the Fundamental Rights and the Directive Principles of State Policy.