Impacts of declaring Masood Azhar as a Global Terrorist

Generally It is said that poverty, illiteracy, unavailability of potable water, lack of hospitals are among the major problems throughout the world, but in today's scenario, another severe problem is expansion of terrorism in the world.

Since when the responsibility of the Pulwama attacks is taken by the Pakistan based Jaish-e-Mohammad (JeM) terrorist group; the government of India has tightened its grip on the founder of the JeM so that he could be declared a global terrorist.

Due to intense efforts of India now the Masood Azhar has been declared a global terrorist. Now let’s understand that what will be the possible impacts of this declaration?

It is known that India had tried hard to get declared Masood a global terrorist since 2009 but due to lack of global political support it could not happen.

What is the definition and Rules under the Geneva Convention?

In 2016, India with the support of P3 countries, i.e. France, USA and Britain had put a proposal before the United Nations Ban Committee to ban Masood Azhar but of no avail.

India put up same proposal at the United Nations with the help of P3 nations but China used its Veto Power to spoil the Indian mission again in 2017.

But ultimately India gets success in its efforts in getting declared Masood as Global Terrorist in April 2019.

How the proposal is passed in the United Nations?

There is a process to declare any person a Global Terrorist.  Any member of the Security Council can bring the resolution in this regard. The rest of the member countries express their opinion on this matter. All the 5 permanent and 10 non permanent members of the UNSC vote on any resolution comes to the UNSC. 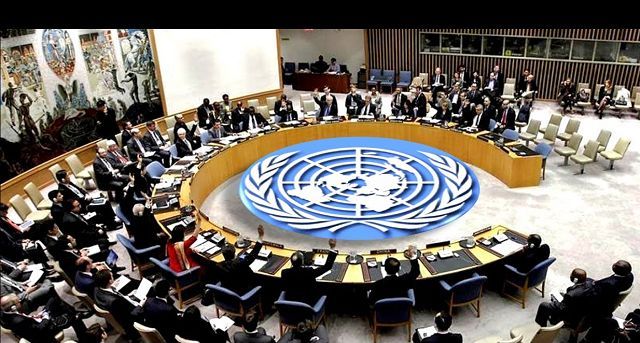 Any resolution will get passed only when all the 5 permanent members of the UNSC approve it.

So the consent of all the permanent members is must to declare anyone a global terrorist.

Permanent members have veto power. If a single permanent member does not agree with the proposal then the resolution get rejected in the UNSC.

Impacts of declaring Masood Azhar as a Global Terrorist are as follows;

1. After ban on Masood Azhar, he will not be able to travel to any United Nations member country.

2. The United Nations member country must freeze the properties of the ban individual or its institutions in their country.

3. The assets of the global terrorist are freezed in the countries he/she belongs to. That means that he will first be crippled financially.

4. No UN member country can provide any kind of support to a global terrorist.

It is clear that after declaration of Masood Azhar as a global terrorist, various restrictions imposed on him by the United Nations Security Council will check his global terror activities.

What is the Meaning and Reasons of Human Trafficking?