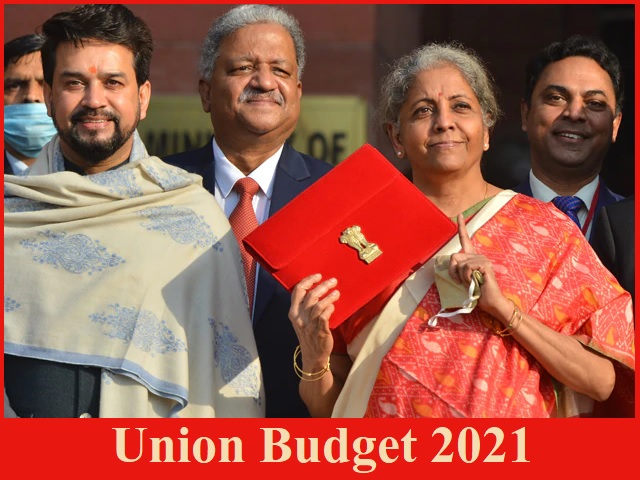 On 1 February 2021, Finance Minister Nirmala Sithraman presented the first paperless Union Budget in the history of India. This is done in view of the ongoing COVID-19 pandemic.

The Budget for the FY 2021-2022 is in line with Prime Minister's Modi's vision of 'Digital India'. The Budget documents will be electronically distributed to the Members of Parliament (MPs). Recently, Finance Minister Nirmala Sitharaman launched the Budget mobile app.

Here are some interesting facts on Union Budget:

1- Derivation of the word Budget: The word Budget has been derived from the French word 'Bougette' which means 'small bag'.

3- First Union Budget of Colonial India: It was introduced on 7 April 1860 by the East India Company to the British Crown. It was presented by a Scottish Economist and politician James Wilson.

4- First Union Budget of Independent India: It was introduced on 26 November 1947. It was present by the first Finance Minister R.K. Shanukham Chetty. However, it was a review of the Indian economy and no new taxes were proposed. It is to be noted that almost 46%  of the Budget or Rs. 92.74 crores were allocated for defence services department.

5- Printing of Budget: The Budget was leaked in 1950, following which the government shifted the printing of budget from  Rashtrapati Bhawan to a press at Minto Road. In 1980, it was shifted to a government press in North Block.

What is the Central Vista Project?

6- Introduction of Hindi: Till 1955, the Budget was presented only in the English language. However, from 1955-56, the Budget documents are printed both in English and Hindi.

10- Black Budget: For the FY 1973-74, the Budget was presented by the then Finance Minister Yashwantrao B. Chavan and is called as 'Black Budget' due to high budget deficit of Rs 550 crores-- the maximum until that time. The Budget followed the Indo-Pak war of 1971 and failed the monsoon season.

11- The Epochal Budget: The Budget presented by the then Finance Minister Manmohan Singh for the FY 1991-92 is known as 'The Epochal Budget'-- a budget that changed India forever as it marked the economic liberalisation of the nation.

12- Dream Budget: The Budget presented by the then Finance Minister P. Chidambaram for the FY 1997-98 is known as 'Dream Budget' as it proposed to lower the tax slabs of personal and corporate taxes.

14- Change in time: In the year 2001, Finance Minister Yashwant Sinha changed the time for the presentation of Union Budget from 5 p.m. to 11 a.m. on the last working day of February.

15- Merging of Budgets and Change in date: In the year 2017, the Rail Budget was merged with the Union Budget. Also, since the said year, the Budget has been presented on 1 February following the changes introduced by the then Finance Minister Arun Jaitley.

19- Bahi Khata instead of a briefcase: In the year 2019, Finance Minister Nirmala Sitharaman replaced the standard Budget briefcase with the traditional 'Bahi Khata' with the National Emblem.

20- Paperless Budget: For the first time in Independent India's history, the Budget for the FY 2021-22 is paperless.