Mahavir Jayanti 2021: This year it will be celebrated on 25th April. In the Jain community, it is one of the most significant festivals celebrated across the globe. It commemorates the birth of Lord Mahavira and as per the Jain mythology, he is the 24th Tirthankara. Let us read in detail about Lord Mahavira. 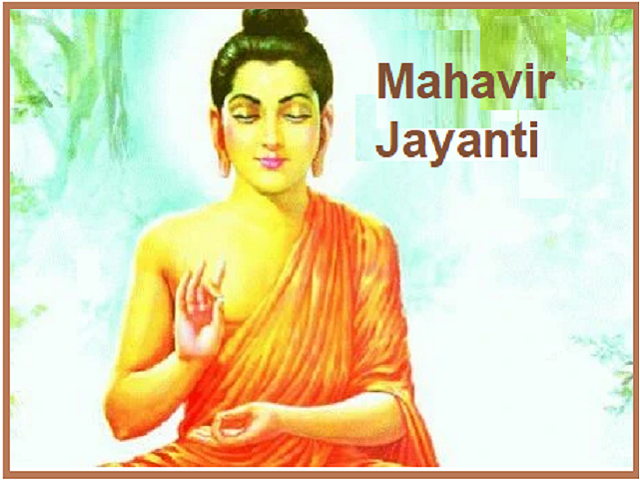 Lord Mahavira is the third child of King Siddhartha and Queen Trishala. He was born about 599 B.C in Kundalagrama in Vaishali district in Bihar.

Do you know the meaning of Tirthankara?

It means saviour and a spiritual teacher in Jainism. Mahavir Jayanti marks the birth anniversary of Lord Mahavira and this year it will be observed on 25th April. Let us tell you that the date of Mahavir Jayanti changes every year according to the Jain scriptures, it is celebrated on the thirteenth day of the Moon’s bright half, during the Chaitra month. According to the Gregorian calendar, it varies between the months of March or April.

Originally Mahavira's name was Vardhamana and he was born about 599 BC, several scholars believe this date to be as much as 100 years early that is then Mahavira probably lived at about the same time as the Buddha, whose traditional birth date has also been reassessed. Lord Mahavira i.e. Vardhamana left his home to find the truth in the world. He lived an ascetic life, wandering about, begging for food, and wearing little. After mingling with several people from different cultures and backgrounds, he learned about suffering, pain, etc. in the world. Then, he focussed his efforts on fasting and meditation. Through this process he found enlightenment. He always emphasises that humans should eliminate greed and their connection to worldly possessions to end their limitless pursuit of desires. He travelled throughout South Asia to teach Jain philosophy.

He taught that the observance of the vow ahimsa (non-violence), satya (truthfulness), asteya (non-stealing), brahmacharya (chastity) and aparigraha (non-attachment) is necessary to elevate the quality of life. Do you know that the teachings of Lord Mahavira were compiled by Gautama Swami (Chief disciple) and were known as Jain Agamas?

Eight cardinal principles were encompassed the spiritual philosophy of Lord Mahavira and of them three are metaphysical and five are ethical. He believed in the external existence of the Universe that is it is neither created nor it can be destroyed. According to him, Universe is made up of six eternal substances that are souls, space, time, material atoms, a medium of motion, and a medium of rest. These components independently undergo changes to create the multifaceted reality that mortals exist in. He also introduced the philosophy of Anekantavada (principle of non-absolutism) that refers to the pluralism of existence. In fact, the multifaceted reality is better explained with syadavad or the principle of Seven Fold predictions.

How is Mahavir Jayanti celebrated?

On this day followers of Jainism do prayers, fasting, etc. On this day basically, Holidays are popular in the eastern state of Bihar. Jains participate in several activities and allow them to bond with their family members and also show respect to Lord Mahavir like a procession, statue washing, visit temples, donations, etc.

- Some believe that Lord Mahavira was also known by Tirthankara before birth.

- It is said that he is called by five different names.

- When he was 30 years old, he left his kingdom and family.

- It is said that Lord Mahavira meditated for around 12 years.

- He has given five theories to live a stress-free life.

- The main objective of his teaching is how a person can attain total freedom from the cycles of birth, life, pain, misery, and death. Also, achieve the permanent blissful state of one's self. This is known as liberation, nirvana, absolute freedom, or Moksha.

So, we can say that Lord Mahavira was the founder of Jainism religion. He was the last Tirthankara and his birth marks the anniversary of Mahavir Jayanti. But it changes according to the Hindu calendar and varies between the months of March and April.

Important Days and Dates in April 2021

10 Ancient Discoveries and Inventions that has changed the Modern World