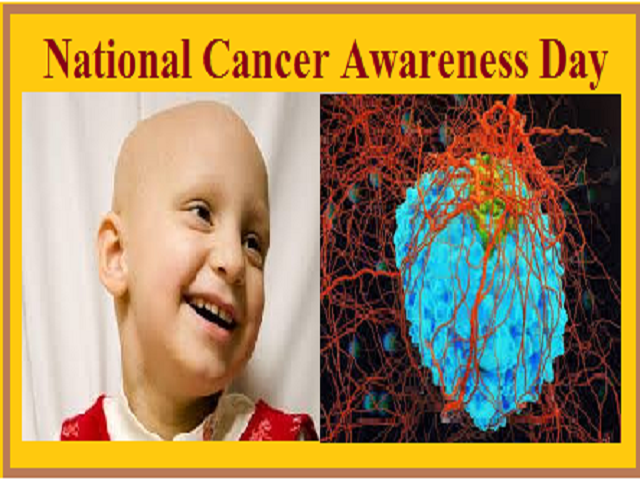 National Cancer Awareness Day 2020: In India, it is observed on 7 November every year. According to the World Health Organization (WHO), cancer is the second leading cause of death globally. In 2018, approximately 18 million cases were there globally, of which, 1.5 million were in India alone. In 2018, there were around 0.8 million cancer deaths in India against 9.5 million globally. By 2040, the number of new cases is estimated to be double in India.

Pilot on Trade Margin Rationalisation had been launched by the National Pharmaceutical Pricing Authority (NPPA)  for 42 anti-cancer drugs. It is a step towards making healthcare more affordable for suffering patients.

We can't ignore the fact that the financial burden associated with cancer can force patients and households to acute misery, destitution, and even insolvency. Therefore it is necessary that cancer drugs should be affordable so that whenever required the treatment can be provided to the patients at the earliest in the early stages when the cancer is curable. Cancer drug availability and affordability will give impetus to treatment outcomes that will bring down the cost of treatment.

When abnormal growth of cells occurred in the body it results in cancer and invades other tissues also. It can affect almost any part of the body. Cancer is also known as malignancy. Do you know that more than 100 types of cancer exist including breast cancer, lung cancer, skin cancer, prostate cancer, etc? National Cancer Awareness Day is observed across the country and was announced by the Union Health Minister Harsh Vardhan. According to him, it is the high time we went into combative mode against this disease.

National Cancer Awareness Day was first announced by the Union Health Minister Dr. Harsh Vardhan in September 2014. Therefore in 2014, the day was celebrated for the first time and focuses on the early detection and cure of cancer.

Let us tell you that, Harsh Vardhan first time launched the state-level movement on cancer control. On this day people are encouraged to report to government hospitals, CGHS, and municipal clinics for free screening. To generate awareness information booklets are also circulated stating how to avoid getting cancer and look for signs of early symptoms.

The government of Kerala proposed the "Suhurtham" scheme for making cancer treatment free in districts and medical college hospitals.

What is ‘High Grade’ Metastatic Cancer?

- In India, one woman dies of cervical cancer every 8 minutes.

- For every 2 women newly diagnosed with breast cancer, one woman dies of it in India.

- Mortality in India due to tobacco is estimated at upwards of 3500 persons every day.

- Tobacco whether smoked or smokeless is also one of the causes of cancer and accounted for 3, 17,928 deaths (approx) in men and women in 2018.

- Around 2.25 million people are estimated to live with cancer disease.

Note: Cancer of the oral cavity and lungs accounts for 25% of deaths in males and about 25% in females of breast and oral cavity cancer.

- India is likely to have over 17.3 lakh new cases of cancer and over 8.8 lakh deaths due to the disease by 2020 with cancers of breast, lung, and cervix topping the list

Now, the main concern that everyone should focus on is what causes cancer?

Lancet’s report says that the use of tobacco is a risk factor for 14 types of cancer. Other causes include alcohol, drug use, and poor diet. Unsafe sex is also the main risk factor for cervical cancer and is the second most common cancer type in women. The high risk of lung cancer is tobacco use and air pollution.

- It has been seen that usually, cancer has no specific symptoms. Therefore, people should undergo appropriate cancer screening on time. Also, early detection of cancer has made several cancers treatable.

Symptoms of common cancer in general are:

- Blood in the stool.

GK Questions and Answers on Types of Cancers

How can be cancer prevented?

Early detection and prevention is must to cure Cancer disease.

Therefore, National Cancer Awareness Day highlights the cancer disease across the country to reduce the risk of cancer and to provide knowledge on how to tackle this disease and what are the probable symptoms that should not be neglected. World Cancer Day is also celebrated on 4 February annually to raise awareness about cancer globally.