Why is National Civil Service Day celebrated on 21 April? 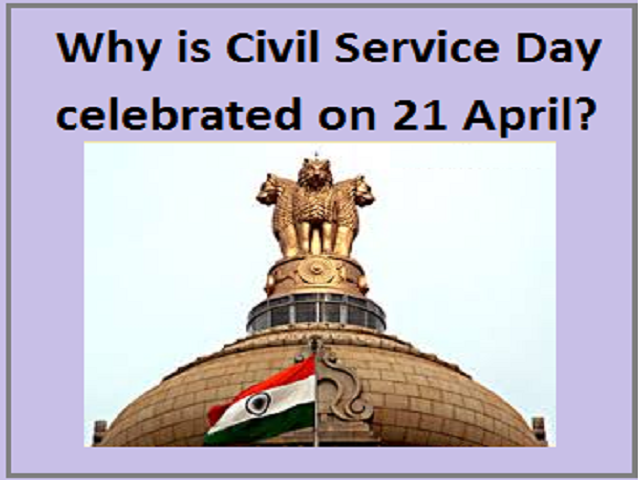 Why is National Civil Service Day celebrated on 21st April?

National Civil Service Day 2021: On this day, the Prime Minister's Awards for Excellence in Public Administration are presented. In the Awards scheme, a large number of Districts across the country participates and the scale of the entire process is very large.

As we know that Civil Service is the service that is responsible for the public administration of the government of the country. It does not include legislative, judiciary, and military personnel. Let us tell you that the civil service members do not take any pledge to any political ruling party but are the executioners of the policies of the ruling political party.

Civil Service word date back to the British time when British East India Company civilian staffs involved in administrative jobs and were known as 'Public Servants'. Its foundation has been laid by Warren Hastings and later more reforms were done by Charles Cornwallis and so he was known as the "Father of Civil Services in India".

Civil Service in India consists of Indian Administrative Service (IAS), Indian Police Service (IPS), Indian Foreign Service (IFS), and a comprehensive list of All India Services and Central Services Group A and Group B. 21 April is dedicated to the Civil Service people to commemorate their exemplary services and to reflect back what they have done years back. Also, on this day they make planning for the coming year, how they have to work for their respective departments.

Why is Indian Navy Day celebrated on 4th December?

Why is 21 April celebrated as National Civil Service Day?

Its origin is related to the 1947 year when on 21st April Sardar Vallabh Bhai Patel, Home Minister of Independent India addressed the probationary officers at the All India Administrative Service Training School at Metcalfe House, Delhi. He delivered a powerful speech and empowered the Civil Servants to adopt the true role of national service leaving behind the past experience. In his speech he referred to civil servants as the 'steel frame of India'. The first such function was held in Vigyan Bhawan, New Delhi on 21 April, 2006. So, since 2006 it has been celebrated as National Civil Service Day on 21 April. On this day the Prime Minister's Awards for Excellence in Public Administration are also given.

- To motivate and appreciate the work and efforts of Civil Service officers.

- Central Government uses this opportunity to evaluate the work of various departments under the civil services.

- The central government felicitate and provide awards to the best working individuals and groups.

On this day mostly all the officers of central and State Governments are awarded by the Prime Minister of India for their extraordinary services in the field of public administration. Do you know that the function is organised by the Department of the Administrative Reforms and Public grievances (DARPG) and Ministry of Personnel, Public Grievances and Pensions?

The 'Prime Minister Award for Excellence in Public Administration 'is awarded in three categories.

Every year lakhs of candidates apply for the Indian Civil Service exam for almost a thousand posts. But we can't ignore that civil service is the pillar on which the government-run the vehicle of policies and programmes of the country smoothly. The contribution of civil servants to society, the nation as a whole can't be expressed in words. Therefore, 21 April is celebrated as Civil Service Day to encourage civil servants for their immense contribution to the nation.

Important Days and Dates in April 2021